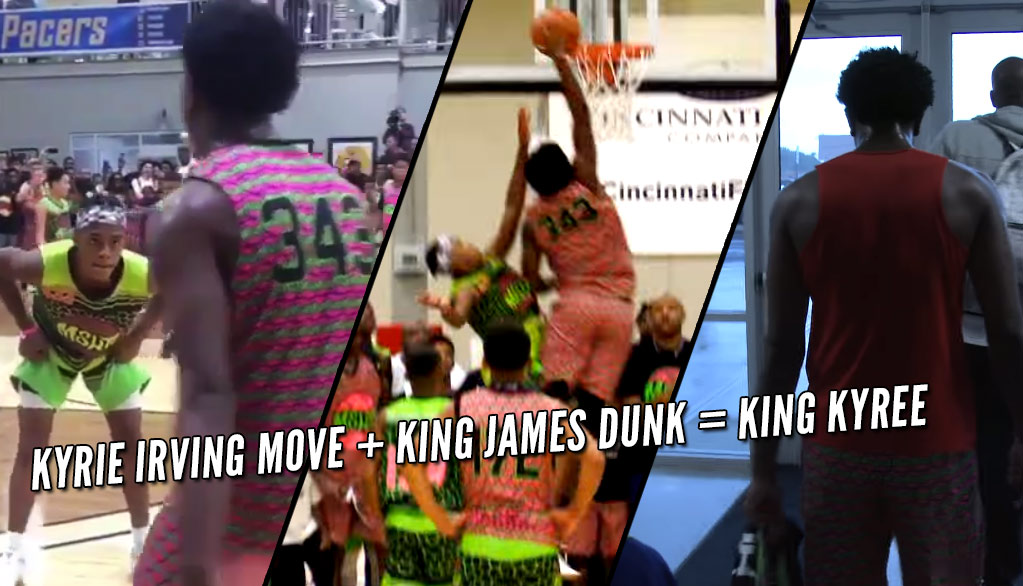 I guess this is why they call 6’5 9th grader Kyree Walker “King Kyree.”

In the final seconds of the first half of the 2016 MSHTV Camp in Indiana, the top ranked player of the Class of 2020 did his best Kyrie Irving impersonation (yes, he did carry the ball…3 times!) before doing his best King James impersonation on a defender.  The play of the day not only shut the gym down, it was the last play for Walker, who screamed, “I’m done!” to the cameras then left the game; When I say he left the game, I don’t mean he went to the locker room, he literally left the gym by walking out the front door of the building.

The grandson of a Lion (Detroit that is) had 40 and a few other men among boys moments that almost shut the gym down – LOL at the 1:23 mark of the following video; the push made Michael Jordan’s push on Russell look clean – as well as an entertaining duel with internet sensation Julian Newman, who didn’t disappoint with 52 points.