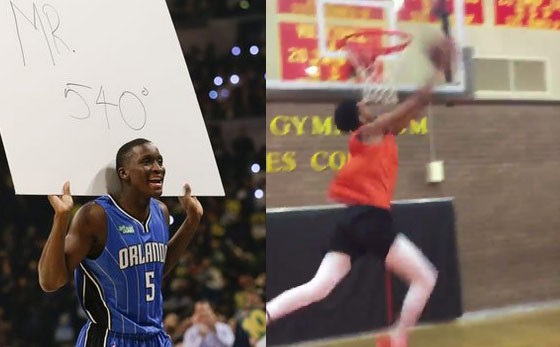 What’s scarier, the fact that 15 year old kids can do dunks good enough to win pro dunk contests (although the two guys who did this ...(Read more)

This is 6’11 15 year old Marvin Bagley showing off his athleticism by doing the 360/360 reverse/540 whatever dunk that Victor Oladipo did in the NBA dunk contest and Thanasis Antetokounmpo did in the D-League dunk contest this weekend.

And if you want to see the first and best instance of this dunk ever then check out this 2009 video with The Air Up There aka Mr 720.

And if you want to see more from the #1 freshman in the country then check out his Freshman mixtape.