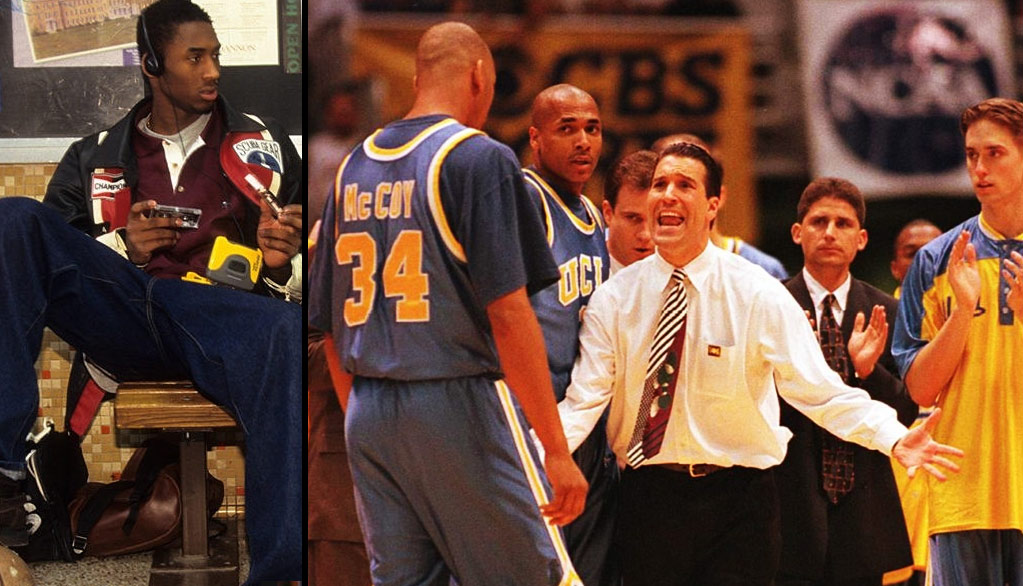 “I was attending UCLA when Kobe moved from Philadelphia to L.A.,” White said.
“So, he used to hang out at UCLA a lot and I would watch him play our UCLA basketball team … and I’m telling you — probably the greatest pickup games I’ve ever seen in my life!”
“I watched him destroy young men’s dreams at 17 … and we had just won a ’95 championship that year so we had a lot of guys on the team that were pretty cocky.”
“He wanted to just sh*t on anybody who thought they could play basketball in the city and that’s what he did!”

To confirm the story, TMZ reached out to former UCLA player Jelani McCoy, who also played with Kobe for one season in the NBA. McCoy not only said White was “painting a perfect picture of what happened,” he said NBA All-Stars like Shaq and Penny Hardaway (with Lil Penny on the side) used to run in these games too.

McCoy also talked about how Kobe would steal players’s moves and then use them against them and how epic the one-on-one match-ups were between Kobe and Ricky “Buckets” Davis — the man who thought the Cavs were drafting LeBron so “he could be another addition to help him score.”

MY FIRST MEMORY OF A 17-YEAR OLD KOBE BRYANT

It just so happens, the first time I ever heard of Kobe Bryant was when he was 17-years old. I was flipping through the stations and came across a high school dunk contest on ESPN 2, which featured two of the most impressive dunkers I’ve ever seen. One of them was Lester Earl and the other was a cocky Kobe Bryant. After watching just one dunk, I stuck a VHS tape in the VCR without even bothering to see what was on it. Hit record and for the next 20 minutes, I watched these two refuse to stop dunking even though the staff at the Beach Ball Classic at Myrtle Beach wanted the contest to end in a tie.

The next time I hit record on a VCR for a Kobe Bryant segment on ESPN, it was for this interview about joining the Lakers.

I also remember when the 17-year old dominated the 1996 NBA Summer League. After scoring a team-high 27 points in his league debut, Pistons coach Alvin Gentry raved about the rookie by saying, “I have never seen a better player at his age at his position.”

He scored 15 in his next game, then a summer-high of 36 points in 38 minutes in his third. 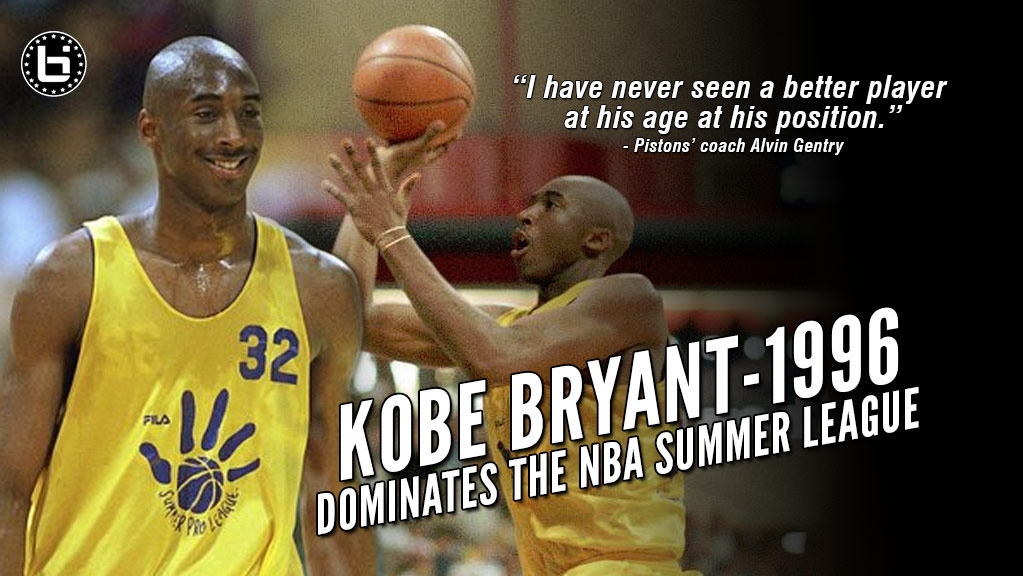