Wilton Norman Chamberlain is rarely ever picked as the best basketball player of all-time. Even in discussions of most dominant, Shaquille O’Neal usually gets the nod. Most people will use the excuse: “Wilt played in a weak era.”

I think it’s because his stats and records are so ridiculous and unattainable by every NBA player after him, we end up just putting an asterisk next to his name and putting him in his own category.

Everything Wilt accomplished sounds like it belongs in either the Guinness Book of World Records or Ripley’s Believe It or Not books: From his off the court lifestyle (20,000 women?!) to his accomplishments in track & volleyball (reportedly ran the 100 yard dash in 10.9 secs, 40 in 4.6 and is in the Volleyball hall of fame) and of course on the basketball court, where every NBA legend has a Wilt the Stilt story, such as the time he used his 48-inch vert (?!?) to block Gus Johnson’s dunk so hard it dislocated Johnson’s shoulders.

I’m going to list a bunch of The Big Dippers stats, records, trivia and then show you his game log from his 1962 season when he scored the never-to-be-matched 100 points. When you are done reading everything, you will probably agree that the center who has never fouled out of a game and almost fought Muhammad Ali (Google the story) is the most exceptional player, if not athlete, of all-time. 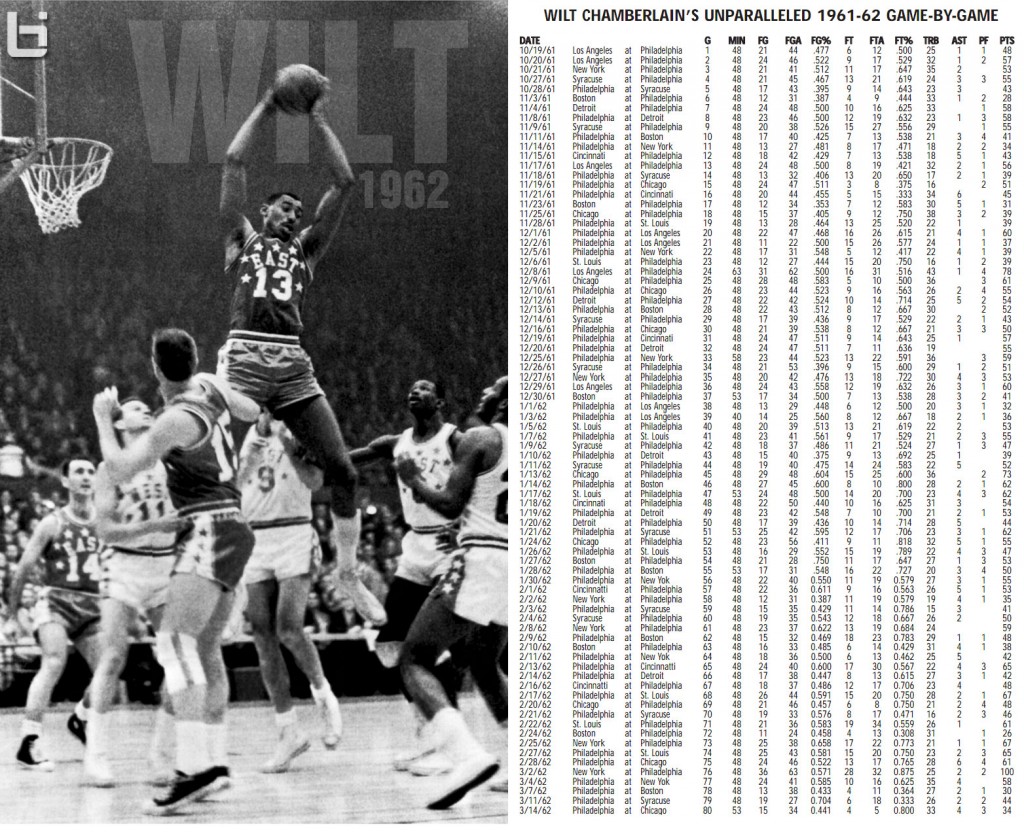