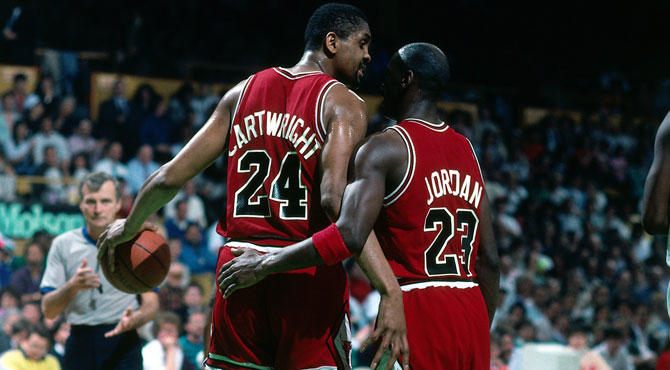 Bill Cartwright is mainly known for 2 things: his ugly free throw form and his deadly elbows. The deadliest elbow before Mutombo and Ron Artest sidelined Hakeem Olajuwon for 25 games in 1991 and caused the Dream to wear goggles and say this about the 3 x NBA champion: “I don’t think he has control of how he uses his elbows. He’s an awkward player, not agile like most centers. He doesn’t know how to avoid injuries to others.”

Those “others” didn’t just include “enemies” like Isiah Thomas – who tried to fight his own assistant coach for restraining him – those “others” included teammates like Horace Grant and Michael Jordan in practice.

What many don’t know about Bill Cartwright was before he became teammates with Grant and Jordan, he was an All-Star good for 20 & 10 on any given night with the New York Knicks who drafted him with the 3rd pick in the 79 draft.  During one of those seasons (88) with the Knicks, he delivered a knock out (literally) dunk on Charles Barkley.  It’s probably the only time in NBA history a player hit Barkley in the face and didn’t get punched in the face for doing it.

If you thought that was ugly…here’s his free throw shooting form. 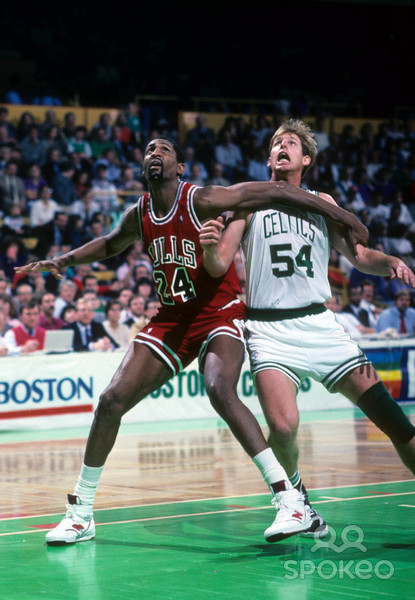