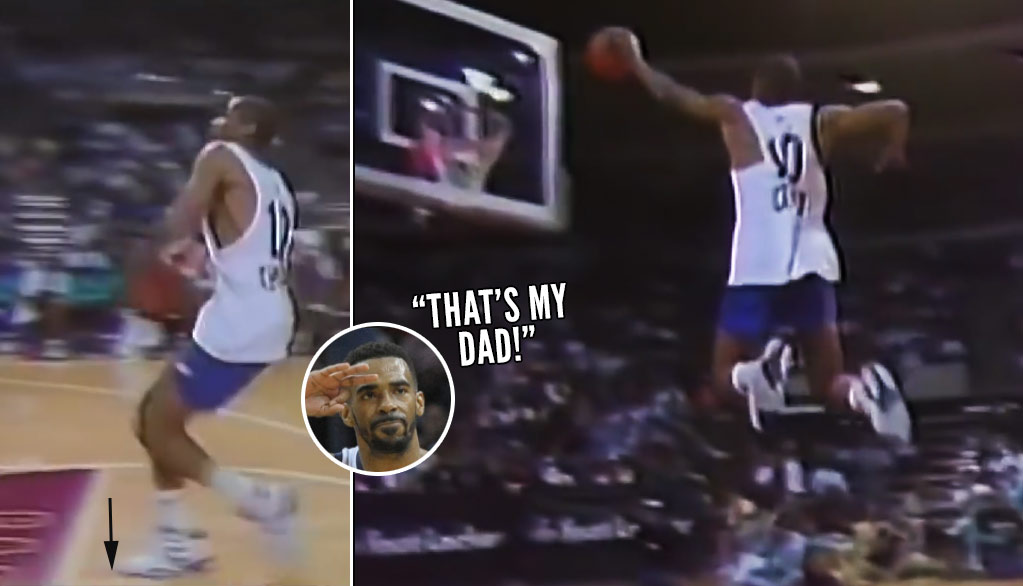 I remember back in the early 90s when I used to tell people I wish Gold medal-winning track and field star Mike Conley was in the ...(Read more)

I remember back in the early 90s when I used to tell people I wish Gold medal-winning track and field star Mike Conley was in the NBA, just so he could put NBA dunk contest winners like Dee Brown and Cedric Ceballos to shame with his ability to throw down dunks from BEHIND the free-throw line. That never happened, but, the 6’1″ Conley — a high school and college basketball player — did produce a son who went on to sign one of the biggest contracts in NBA history despite having no hops. The reason why I was so high on Conley Sr’s hops is that in 1988, 89 and 92, he won the popular (worthy of recording onto VHS in SP mode) Foot Locker Celebrity Dunk Contest.

The 1992 one was by far my favorite because it featured fellow FSU alum Neon Deion Sanders aka Prime Time, who was a star in baseball and football and reportedly once almost signed a 1-game deal to play for the Atlanta Hawks. The contest also featured Michael Irvin, Barry Bonds, Ken Griffey Jr, Chris Carter, and Mike Powell.

The following video was ripped straight from one of my VHS tapes.