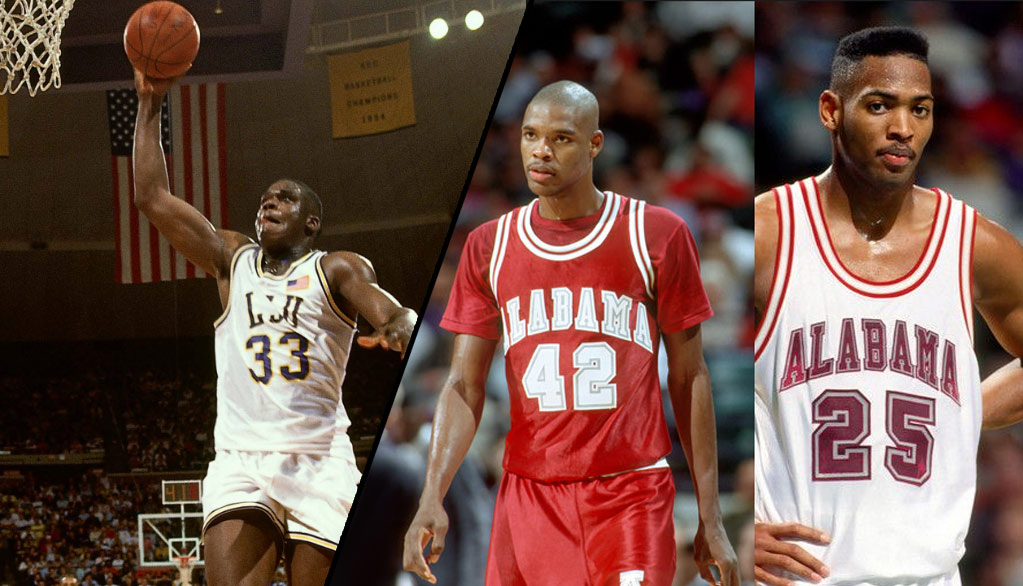 Shaq was easily the most dominant college player I ever watched. He played three years at LSU, finished as the school’s fourth all-time leading scorer, second in rebounds ...(Read more)

Shaq was easily the most dominant college player I ever watched. He played three years at LSU, finished as the school’s fourth all-time leading scorer, second in rebounds and first in blocks. He accomplished this despite having to share the ball and take a back seat to the nations’ deadliest scorer, Chris Jackson, and future NBA lottery pick Stanley Roberts during his early days at Louisiana. But when they left for the NBA (and struggled), Shaq shined in the spotlight and became one of the most dominant forces in college basketball history.

Often fouled and double and triple teamed, Shaq was still able to routinely put up 25 and 15 with a couple of posters a night and an occasional backboard breaker or triple-double with blocks — how about a 17-year old Shaq putting up 20 points, 24 rebounds and 12 blocks against Loyola Marymount?

After a disappointing junior season, where he failed to win an NCAA championship and grew tired of the “intentional beatings” and Hack-A-Shaq games, Shaq wisely declared for the NBA draft. Here’s one of those games during Shaq’s final season at LSU with appearances by fellow 1992 NBA draft picks Robert Horry and Latrell Sprewell along with 1993 NBA draft pick James “Hollywood” Robinson.

Thanks to Oakley and Allen for the video and for using Diamond D’s Best Kept Secret; the original classic video featured the late Anthony Mason in it.

And here’s the game without music.