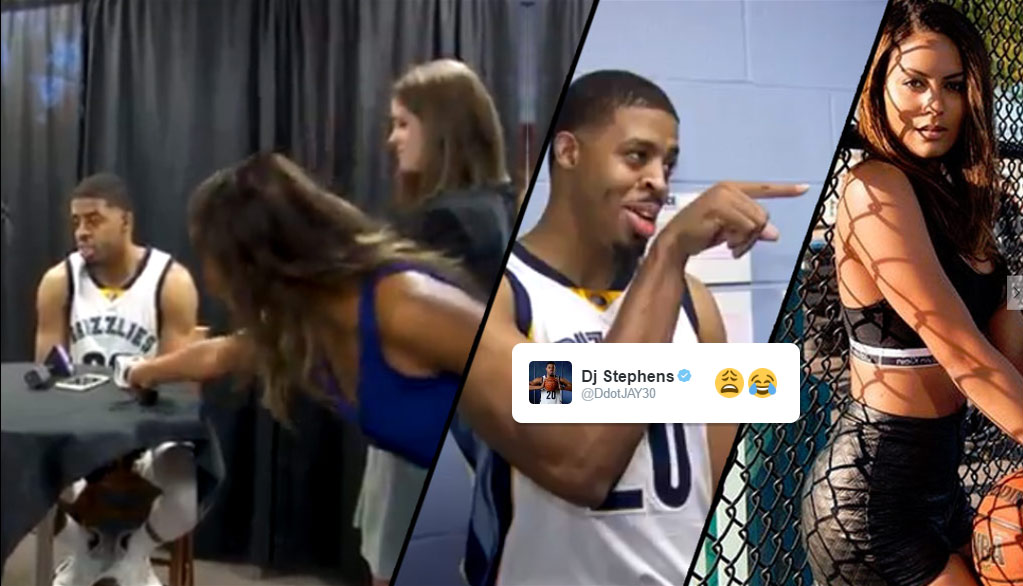 If you follow Ballislife then the name Alexis Morgan should ring a bell. When we aren’t featuring hot photos of her for #WCW or classy photos ...(Read more)

1st Day On The Job, New Grizzlies Reporter Walks Into A Camera During Player Interviews

For all of the reasons mentioned above, the Memphis Grizzlies were wise enough hire her as the new Digital Content Reporter for the upcoming 2016 season. Monday’s Media day marked her first day on the job and from the video above, it looks (or should I say sounds) like she might have a mark on her head to remember the day.

“She hit it so hard,” Said a joking DJ Stephens after he witnessed Alexis slam her head on a camera after laying a mic on a table. “Then she tried to play it off like nothing happened.”

Speaking of great additions to the Grizzlies and hard slams, if you follow Ballislife then the name DJ Stephens should ring a bell. Last year we called him the “best dunker in D-League history” and after the Grizzlies signed him and his 46″ vert to a deal, he’s now what I call the best dunker in the league – yes, better than Zach LaVine.

So here’s a toast to the Grizzlies for signing two of my favorite people in the hoop world and keeping my 2nd favorite player of all-time, Mr Vince Carter, employed until he turns at least 40.