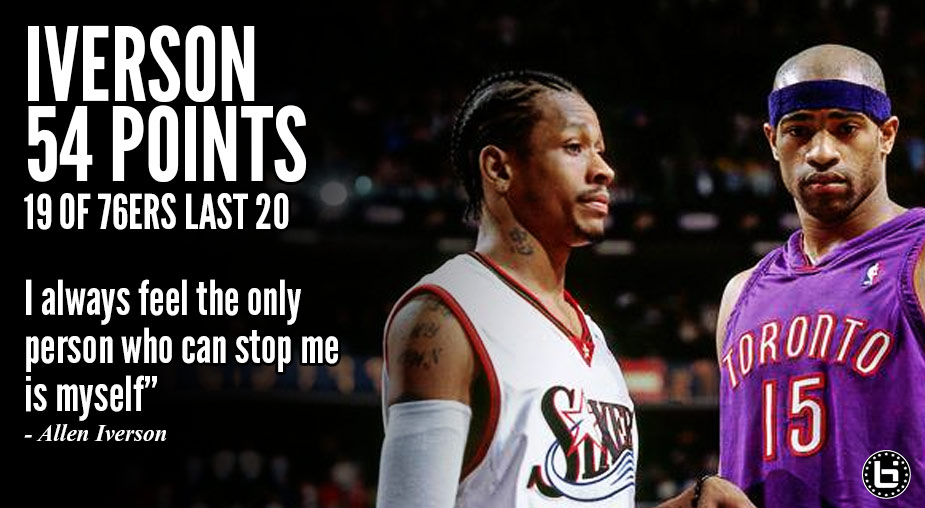 Allen Iverson had 36 points in Game 1 of the 2001 ECSF against the Toronto Raptors, but missed 23 of his 34 shots in the loss. He bounced back with a vengeance in Game 2: scoring 54 points on 21-of-39 shooting as the 76ers evened the series, which would become one of the most exciting in NBA playoff history.

“I always feel the only person who can stop me is myself,” Said Iverson, who scored 20 of his 54 in the 2nd quarter and 19 of the 76ers final 20 points in the 4th. “The only thing I care about is getting a win. If I shoot terrible, and we win, that’s all that matters.”

“They’ve been pumping him up as the next superstar in the league, like he’s the next guy to carry the torch,” Teammate Aaron McKie said of Iverson. “Well, he’s getting it and running with it.”

The other “Next superstar” in the league, Vince Carter, scored a team-high 28 points but would do his best Iverson impersonation in the following game by scoring 50 as Iverson struggled with just 23 points. 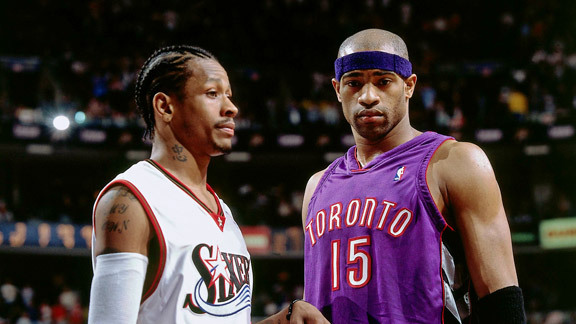