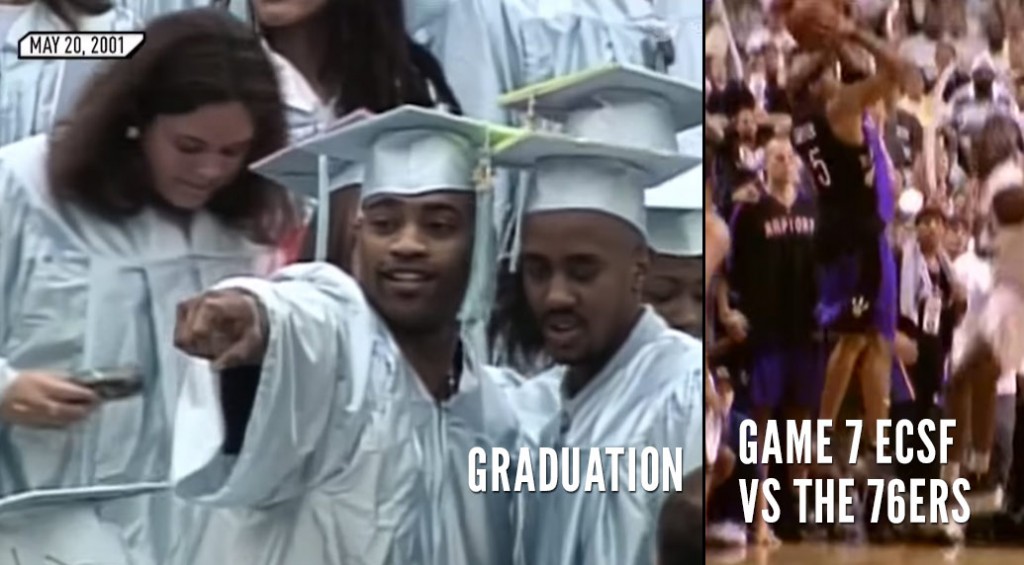 How bittersweet was May 20th of 2001 for Vince Carter.  The day started off with him fulfilling a promise to his Mom, and accepting a college ...(Read more)

How bittersweet was May 20th of 2001 for Vince Carter.  The day started off with him fulfilling a promise to his Mom, and accepting a college diploma at the University of North Carolina. The day ended with him missing a potential game-winner in game 7 of Eastern Conference Semifinals in Philadelphia and having to hear some fans call him selfish for attending his college graduation.

What many people don’t know is Vince only stayed for 20 minutes of the ceremony and landed in Philly 5 hours before the game.  He also talked to all of his teammates before that day and none of them had an issue with it. And if he would have hit that 1 shot, after putting up 20 points, 9 assists and 7 rebounds in the game, i’m sure no fan or critic would have had an issue either.

Earlier in the year, Steve Smith sat down with Vince to talk about his career, that day and if he could do it all over again, would he still attend his graduation (4:45 mark). He replied, “absolutely.”

Vince also said when he went back home to Toronto, he attempted that shot 7 times in a row in a gym and made all 7. 13 years after that day, Vince found some redemption when he hit that exact shot against the Spurs in 2014.