Do you remember Ruben Patterson aka The Kobe Stopper (aka the guy who had an aggravated burglary case dropped, a domestic abuse case dropped and only served 10 days in jail for sexually assaulting his nanny and paid $1,000 for failing to register as a sex offender and $500 for a DUI)? On April 14th of 2004, the self-proclaimed Kobe Stopper didn’t live up to his name as Kobe Bryant hit a ridiculous shot over him to force OT and then hit another to win the game in double OT.

“It was a great shot by the young fellow,” said Shaq. “He said `Set me a good pick and we’re going home with a win.’ That’s the sign of a great player, a great, confident shot.”

If it wasn’t bad enough that the Kobe Stopper didn’t stop Kobe at the end of regulation, Patterson had a chance to put the game away seconds earlier but missed two free throws.

Well, at least Patterson did go home with one thing.

Recap: Patterson missed two free throws, allowed Kobe to score 37 points, hit the shot to put the game into OT and hit the game winner in double OT and then went home with Kobe’s sneakers. 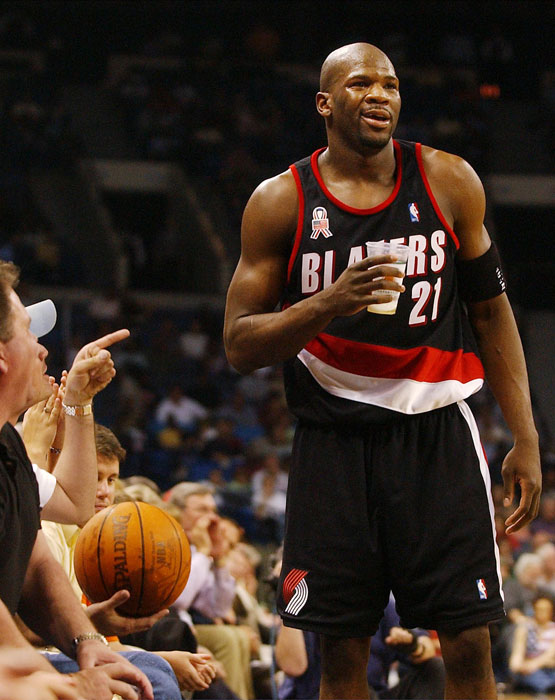