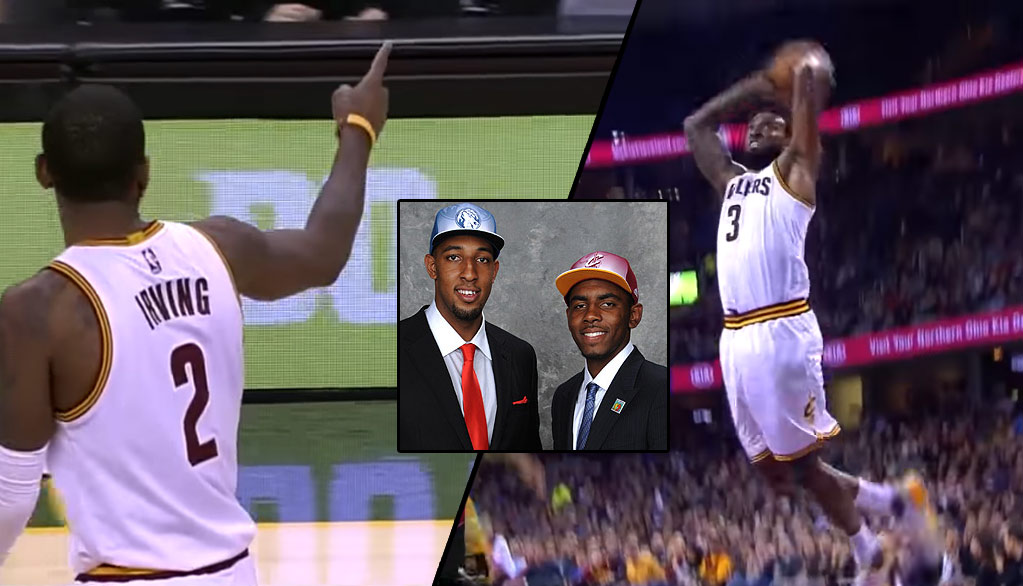 If you didn’t read the title above this post, there’s a good chance if I asked you who the #2 pick in the 2011 NBA draft was, you would be stumped. The only people who probably remember it was Derrick Williams are the same Cavs fans who actually wanted the Cavs to draft Williams or Kyrie Irving. Seriously, there’s even an old B/R article called “Forget Kyrie Irving, Cavs need Derrick Williams and Kemba Walker” and a Fox Sports one called “Why Derrick Williams Should Be The Top Pick.”

Thankfully for the city of Cleveland, they didn’t listen to Fox Sports but thankfully for the city of Cleveland, they now have both (and #4 pick Tristan Thompson).  And during the 2nd quarter of Saturday’s game against the Nuggets, new Cav Williams threw down a dunk for two of his seven points and the assist came from none other than the guy drafted right before him.

In three games with his new team, Williams is an impressive 6 of 8 from the field.