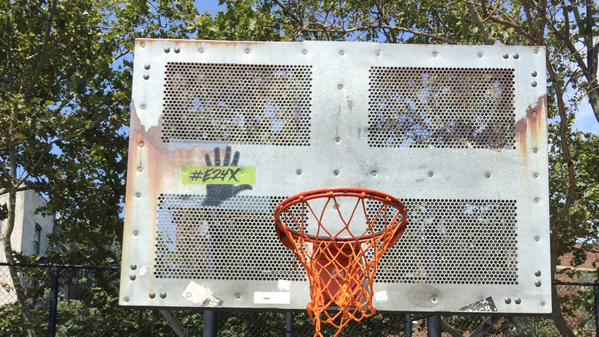 The 10th annual Under Armour Elite 24 (August 22, 7 pm ET, ESPNU) will showcase many of the nation’s top players in the Class of 2016 and 2017. Here’s what to watch for on each team and our prediction of what might go down.

The one thing in an all-star/showcase game that always happens is — the unexpected happens. There is always some unsung player that steps up and has a big game and/or the team that comes in as the prohibitive underdog plays inspired ball.

This year’s Under Armour Elite 24, the elite outdoor event’s 10th anniversary game, is filled with elite talent among all 24 participants (CLICK HERE for team rosters). With that much individual talent (all are ranked in the ESPNU 100 for Class of 2016 or ESPNU 60 for Class of 2017,) anyone on either roster is capable of playing well, but on paper it seems Team EZ Pass (named after 2008 participant and NCAA champion Kemba Walker) has the most firepower.

The Team EZ Pass starting lineup is likely to include 6-foot-8 small forward Josh Jackson of Prolific Prep (Napa, Calif.), one of the game MVPs in the 2014 game after making 10-12 shots and finishing with 22 points, seven rebounds and four assists, 7-foot DeAndre Ayton of Balboa School (San Diego, Calif.), the No. 1 prospect in the ESPNU 60, and 7-foot Thon Maker of Orangeville Prep (Ontario, Canada), a top five prospect in the rising senior class after announcing he’ll remain in the 2016 class for the duration of the 2015-16 school year.

Jackson, the highest ranked participant in the ESPNU 100 at No. 3, will be working alongside 6-foot-6 wing and recent Alabama commit Terrance Ferguson (ESPNU 100 No. 14) of Prime Prep (Dallas) on the wing with Trevon Duval of St. Benedict’s Prep (Newark, N.J.) and Troy Brown Jr. of Centennial (Las Vegas) running the show.

That’s a lot of firepower and a lot of options for Team Doo Be Doo to deal with and attempt to slow down.

Duval, ranked No. 13 in the ESPN 60, is eager to prove he’s one of the nation’s best point guards regardless of class and Brown, ranked No. 6 in the ESPN 60, gained valuable experience participating in last year’s game as a rising sophomore. Look for at least one of them to have a big game.

The starting lineup for Team Doo Be Doo (named after two-time UA Elite 24 game MVP Brandon Jennings) is likely to include 6-foot-9, 225-pound Edrice Adebayo of Northside (Pinetown, N.C.) and 6-foot-10, 280-pound Udoka Azubuike of Potter’s House Christian (Jacksonville, Fla.). That’s a lot of beef for Team EZ Pass to deal with, so Kobi Simmons of St. Francis (Alpharetta, Ga.) and Billy Preston of Prime Prep (Dallas) are going to have to get them the ball as much as possible to take advantage down low. If Team EZ Pass takes Adebayo (ESPNU 100 No. 8) and Azubuike (ESPNU 100 No. 19) out of the game by taking advantage in transition, Team Doo Be Doo will have to make adjustments and perhaps go with a smaller lineup to keep up with the pace of the game.

Simmons, ranked No. 6 in the ESPNU 100, and Preston, ranked No. 20 in the ESPN 60, are versatile talents whose production will be key for Team Doo Be Doo. Simmons can break down defenders and create, but similar to Preston, he often times hunts his own shot. Those two are going to have to be cognizant of when to attack or look for advantages on the block. If Simmons has an efficient game, Team Doo Be Doo will be in good shape.

Team Do Be Doo will also benefit from the late addition of 6-foot-9 Michael Porter Jr. of Father Tolton Catholic (Columbia, Mo.). Porter is ranked No. 2 in the ESPN 60 and is one of the most talented scorers in the country.

Simmons can slide to the two when 6-foot Shamorie Ponds of Jefferson (Brooklyn, N.Y.) is in the game or Ponds can work with 6-foot-5 Rawle Alkins of Christ the King (Middle Village, N.Y.) on the second shift. Where Doo Be Doo might have an advantage is when it brings in that second line. Ponds, ranked No. 66 in the ESPNU 100, is a creative playmaker suited for the UA Elite 24 atmosphere while Alkins, No. 22 in the ESPNU 100, was arguably the most productive performer on the summer grassroots circuit and likely on the rise in the next rankings shuffle.

Another player surely on the rise in the rankings is No. 83 Wenyen Gabriel, a 6-foot-9 power forward out of Wilbraham & Monson Academy (Manchester, N.H.). Like Alkins, he finished out the summer evaluation period looking like a top 10 national prospect and is likely to be on the court with Ponds and Alkins a lot of the time. The Brooklyn Bridge Park crowd is likely going to get behind Team Doo Be Doo because of the hometown products on that team.

The crowd getting behind Ponds, Alkins and company is not the only factor that could play into Team Doo Be Doo’s favor. Players on the team such as Ponds, Gabriel and 6-foot-9 Jarrett Allen of Saint Stephen’s Episcopal School (Austin, Texas), ranked No. 17 in the ESPNU 100, don’t have the national reputations that the top players on Team EZ Pass do.

The motivation to become a household name, and earn a bigger national reputation, just might be what many of the players on Team Doo Be Doo need to offset the advantages Team EZ Pass has on paper.