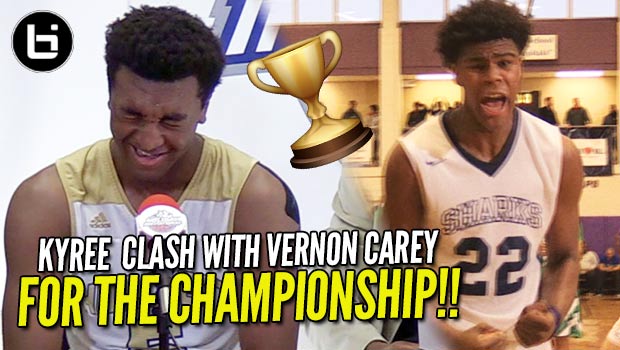 Article by Ian Pierno via www.holidayinvitational.com — Fort Lauderdale, Fla., University School has been seeking redemption in Raleigh since its first-round loss a year ago. Saturday ...(Read more)

Article by Ian Pierno via www.holidayinvitational.com
—
Fort Lauderdale, Fla., University School has been seeking redemption in Raleigh since its first-round loss a year ago.

There wasn’t going to be any more afternoon consolation games for the Sharks.

“(Last year’s loss) definitely played a part in us coming here,” coach Adrian Sosa said. “The atmosphere is really what we wanted … it was something that we reminded the guys of.

He continued: “We learned a lot about ourselves this week … this (championship) was one of our many goals.”

Hillcrest Prep star Kyree Walker rose the occasion, but his 27 points wasn’t enough as he was the only Bruin to score double-digit points.

“There’s a lot of hard, broke kids in that locker room but they fought and that’s all you can ask,” Hillcrest Prep coach Howard Thompson said.