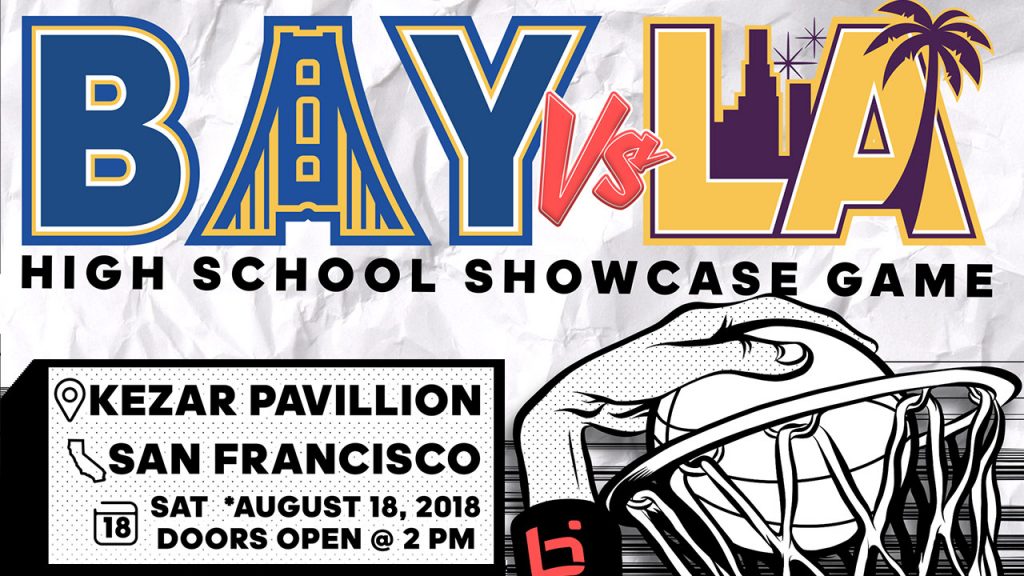 Ballislife Presents: 2HYPE + Bay vs. LA Showcase Basketball Games Some of the world’s most popular Youtube influencers are set to participate in a celebrity basketball ...(Read more)

Some of the world’s most popular Youtube influencers are set to participate in a celebrity basketball game at the historic Kezar Pavilion in San Francisco. Preceding the 2HYPE Celebrity YT Influencer game will be The Bay vs. LA featuring the best high school players from each region. Visit bayvsla.com for more info.

Building off the excitement of the Ballislife All-American Game and its other popular basketball franchises, Ballislife announces the rosters for the first annual 2HYPE + The Bay vs. LA showcase basketball games. The first annual event will be held at Kezar Pavilion in San Francisco’s historic Golden Gate Park on August 18 at 3 pm PT (6 pm ET).

The double header will begin with The Bay vs. LA Showcase featuring many of each region’s top high school basketball players. The two regions have a long-standing rivalry and each has produced some of the most legendary figures in basketball, including Naismith Hall of Famers Bill Russell, Gary Payton, Jason Kidd, and Reggie Miller and the last two NBA MVPs: Russell Westbrook and James Harden.

Current standouts slated to play include Team L.A.’s Isaiah and Evan Mobley of Rancho Christian (Temecula, Calif.). Isaiah is one of the nation’s top Class of 2019 recruits and is headed to USC. His younger brother Evan is ranked No. 1 in the 2020 class by more than one respected scouting service and is arguably the best prospect in the country. Also slated to attend USC is Team L.A’s Max Agbonkpolo of Santa Margarita (Calif.). Agbonkpolo’s high school teammate Jake Kyman is part of Team L.A. and is headed to UCLA. Headed to Oregon State is Team L.A’s Gianni Hunt of Bishop Montgomery (Torrance, Calif.) and Jarod Lucas of Los Altos (Hacienda Heights, Calif.).

“I’m super excited to be partnering with Ballislife and playing with all of the 2Hype crew again for this event. It’s time for us to up our record to 2-0!” said Jesse Riedel (Jesser). 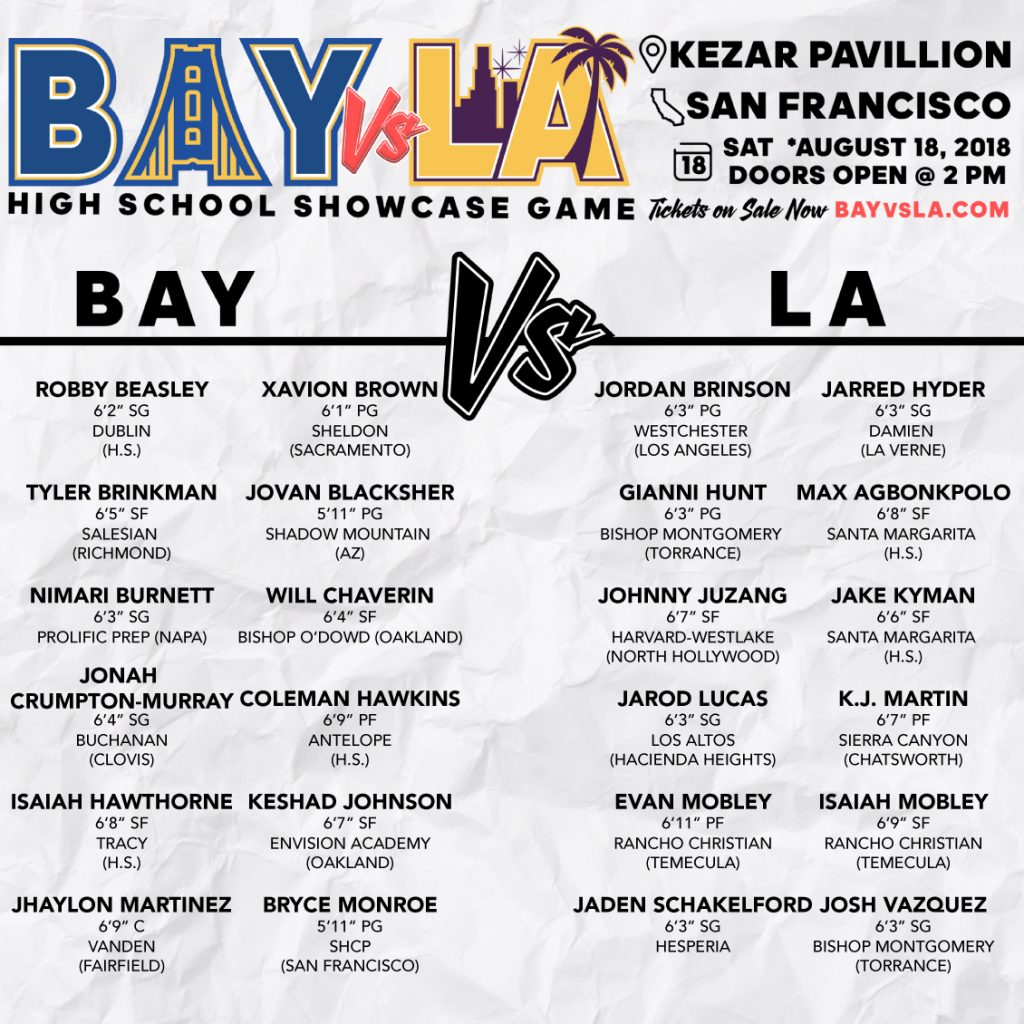 Tickets (2 for $45 first come, first serve general admission) for the 2HYPE + Bay vs. LA showcase basketball games can be purchased at: bayvsla.com