Let me apologize now for all horrible and silly puns I might say when talking about how hot the Hornets’ 2nd round draft steal Dwayne Bacon is getting in the summer league.

On Thursday, the former high-flying Ballislife All-American and FSU guard, who was accidentally introduced as Dwyane Wade at a Hornets press conference, signed a rookie contract with the Hornets and scored a game-high 29 points on 11 of 20 shooting in 30 minutes. He also had 8 boards in the 86-78 win over the Orlando Magic and 14 points and 17 points in his previous two games.

“We got two new, young players who should be studs,” Said Kemba Walker about Bacon and No. 11 pick Malik Monk. “I expect a lot from those two. I don’t want to hear anything about them being rookies.”

I’m hoping Hornets fans will start showing up to games dressed as bacon like these crazy Seminoles. 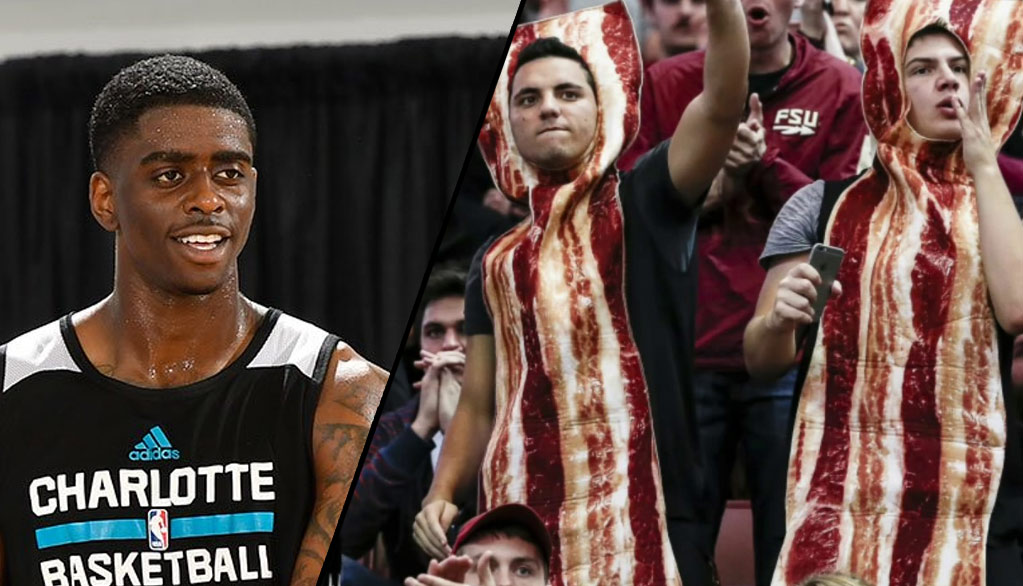