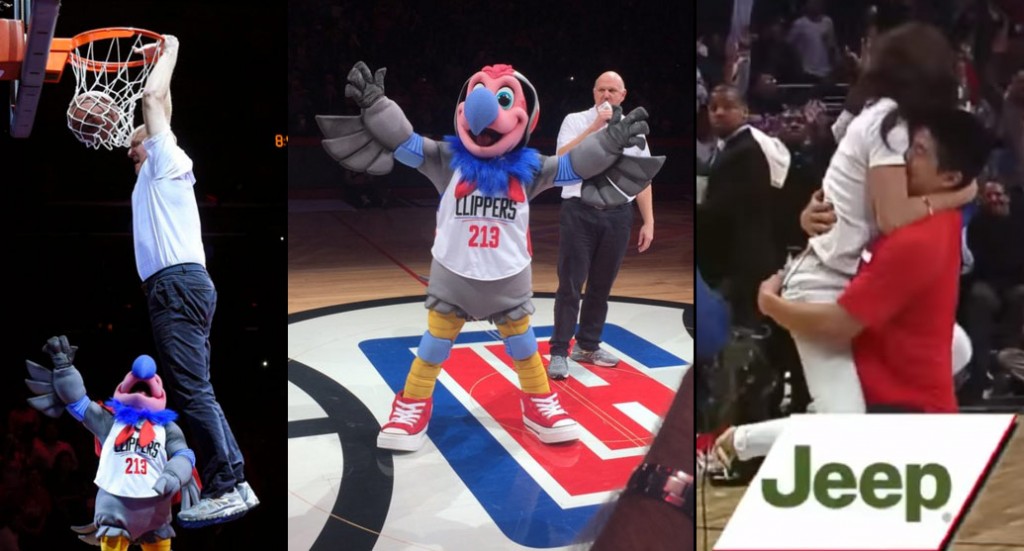 Forget the actual basketball game between the Clippers and Nets. The real stories from this game was all of the WTF moments at halftime, beginning with Clippers owner ...(Read more)

Forget the actual basketball game between the Clippers and Nets. The real stories from this game was all of the WTF moments at halftime, beginning with Clippers owner Steve Ballmer introducing a mascot named Chuck The Condor! The selection of this mascot rivals the Clippers taking the Kandi Man with the #1 pick in the 1998 NBA draft, although it’s not as bad as that King Cake Baby the Pelicans experimented with.

Then Ballmer jumped off a trampoline and dunked!

“I want to see how many other owners could do that,” said Chris Paul. “Put them out there on All-Star Saturday night.”

“I was worried about him,” Rivers said. “I know he was working on it. He’s a brilliant guy and when he told me he was doing it I had to question it.”

The fans loved it and because of the dunk they were winners of some free Converse sneakers.

Another fan who received some love was this lucky winner of a Jeep. After hitting the half-court shot, he acted like he also won the Clippers host.