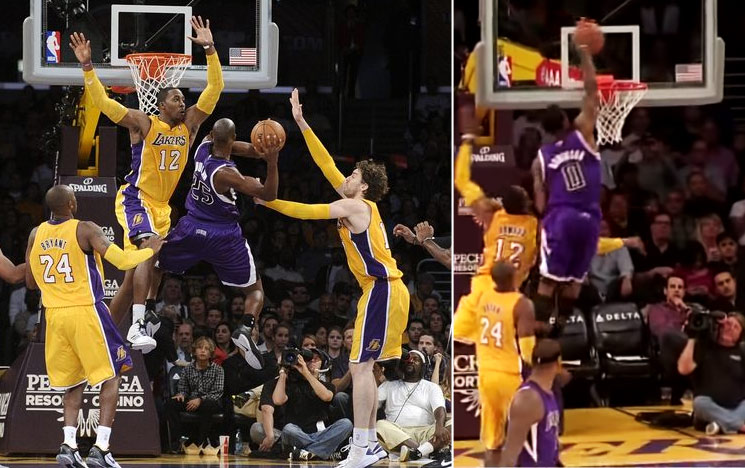 3 years ago today, Laker fans were cheering and Dwight Howard was crying as he made his impressive preseason debut with the Lakers. Playing 33 minutes, the ...(Read more)

3 Years Ago Today, Dwight Howard Made His Debut With the Lakers

3 years ago today, Laker fans were cheering and Dwight Howard was crying as he made his impressive preseason debut with the Lakers. Playing 33 minutes, the new big man in the middle – coming off of back surgery –  had 19 points on 8 of 12 shooting, grabbed 12 rebounds and blocked 4 shots. He also held the Kings’ big man DeMarcus Cousins to 16 points on 7 of 14 shooting and just 6 rebounds.

“I actually shed a couple of tears,” Howard said after the game. “During the starting lineups, one of my teammates caught me, so I tried to hide it, but I was just excited. It is really emotional, because I hadn’t been on the court in a while. I didn’t know what to expect, but it’s a very humbling experience.”

As for the negatives, he only made 3 of 8 free throws, turned the ball over 5 times and got dunked on by rookie Thomas Robinson as the Lakers lost another (0-6) preseason game.

Despite the negatives and the fact that the Lakers were the only winless team in the exhibition season, the Lakers fans and players were still optimistic about the upcoming season….if only they knew what type of storm was actually about to come through town.