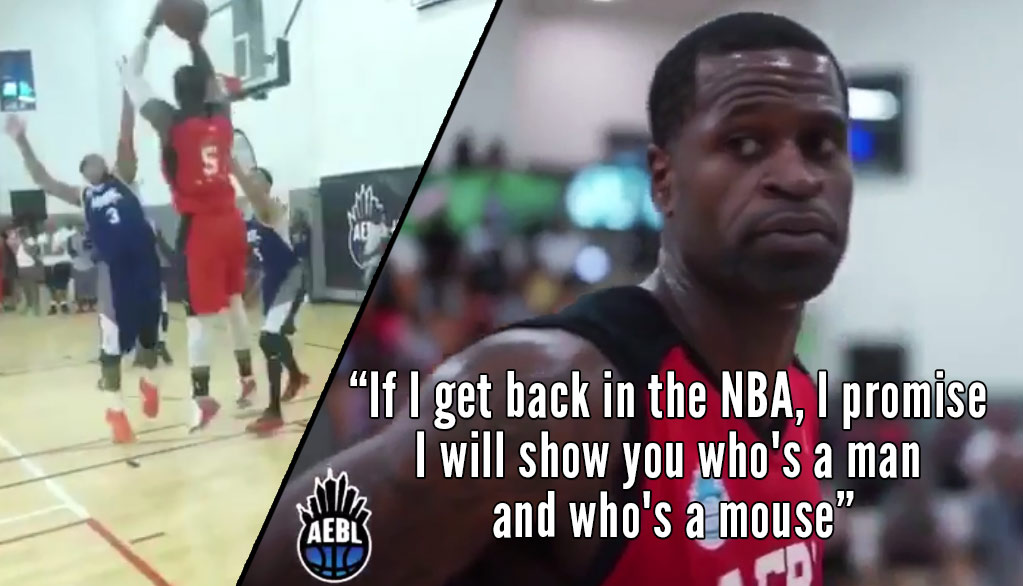 https://www.instagram.com/p/BIdJ0YbACFJ/ It’s been a couple years since we have seen Captain Jack wearing a NBA uniform but it looks and sounds like the 38 year old ...(Read more)

38 Year Old Stephen Jackson Getting Buckets In The Atlanta Pro-Am. Preparing For A NBA Comeback?

It’s been a couple years since we have seen Captain Jack wearing a NBA uniform but it looks and sounds like the 38 year old former NBA champ is serious about a comeback.

Back in early July, Marc Stein tweeted that the Warriors were looking at the former “We Believe” Warrior for a coaching role, but Jackson was more interested in playing for the Super Team. Then ESPN’s Rachel Nichols tweeted Jackson is determined to give a comeback a try since he’s “in the best shape of his life” and “still needs to prove himself to some folks inside the Warriors’ organization.”

Last week, Jackson showed what type of shape he’s in when he made his debut at the AEBL (Atlanta Entertainment Basketball League) with Lou Williams’ Uptown Sounds squad and was hitting turn-around jumpers and dunking like he had 28 year-old legs.

“If I get back in the NBA, I promise I will show you who’s a man and who’s a mouse,” Jackson said after the game.

As much as I enjoy hearing Jackson rap as Stak5 or talk about the state of the game on ESPN’s The Jump, I wouldn’t mind seeing more “true tough guys” and old school vets like Jackson back in the league.

Speaking of returns, Atlanta native and new Atlanta Hawk Dwight Howard also stopped by the AEBL to check out the action.