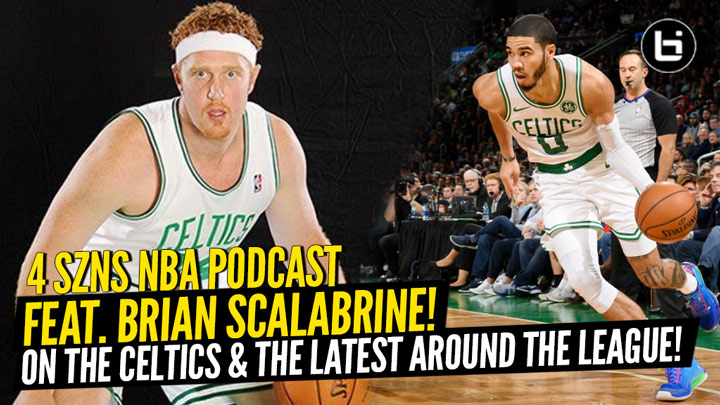 4 SZNS Joined by the White Mamba Brian Scalabrine to discuss Celtics and latest around the League!

Welcome to 4 SZNS NBA Podcast. Ryan and Zak talk with current and past NBA Players, Coaches, and Media to discuss the hottest topics in today’s NBA. They have a special guest in almost every episode and recap movements week by week.

Boston Celtics play by play analyst Brian Scalabrine joins Ryan Magdziarz and Zak Noble to discuss the number one team in the current NBA, preseason picks and being held accountable for them, and how the rest of the NBA is playing out. Zak and Ryan discuss on their own the NBA.com Power Ranking list, and have a heated debate about who you would start a franchise with before selecting Pascal Siakam.