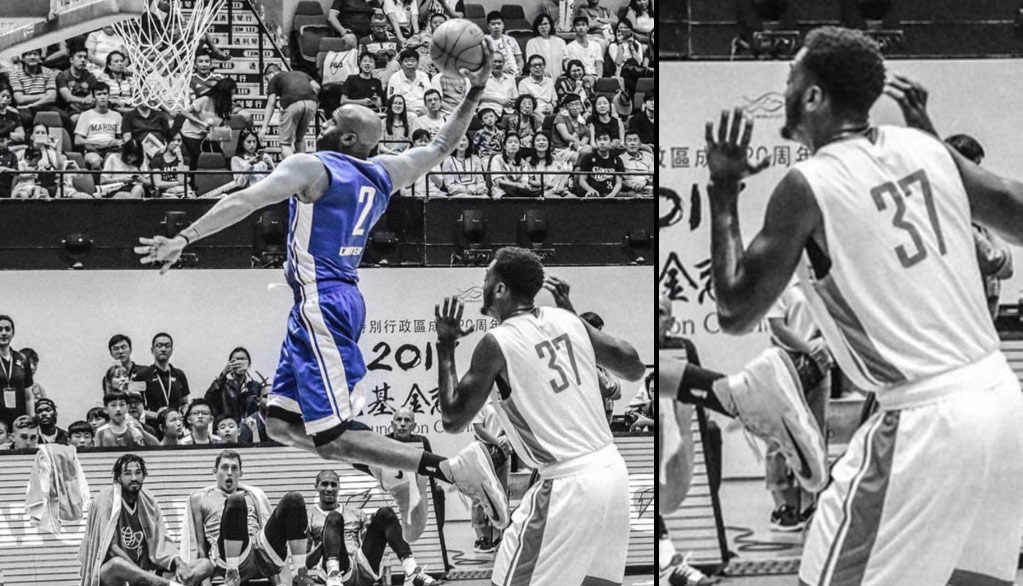 Here’s my annual “(age) Vince Carter shows off his still crazy hops in (some place in Asia)” post. These posts started back in 2002, when the ...(Read more)

Here’s my annual “(age) Vince Carter shows off his still crazy hops in (some place in Asia)” post. These posts started back in 2002, when the greatest dunker of all-time promoted his Nike Dr Funk Ads by throwing down some crazy windmills while wearing an afro. And here we are a decade and a half later with a 40-year old Vince still making Vinsanity fans in Hong Kong go “oooooohhhhhh” with some impressive dunks in Yao Ming’s charity game.

Although attendees were happy to see Carter, as well as JR Smith, Willie Cauley-Stein, Justin Anderson, Gary Payton II and Bobby Portis, some fans left angry and wanting a refund because some of the NBA players expected to appear — including DeJounte Murray and Patrck McCaw — were no-shows. Another no-show were the fans; half of the the 12,000 seats in the Hong Kong coliseum seemed empty but that might be because of the ticket prices (up to $1,000 US).

As the president of the Vinsanity fan club, I’ll even admit paying a few hundred dollars to watch dunks by Justin Anderson and a 40-year old Carter sounds like a rip-off, even if it is for a charity.

“Everybody had a lot of fun tonight,” Said NBA team coach Brian Goorjian. “They could see the athleticism of the American team, the three-point shooting and the match was played in good spirits and for a great cause.

“I have been involved with this event two times already and I found it was a step up from last year.”