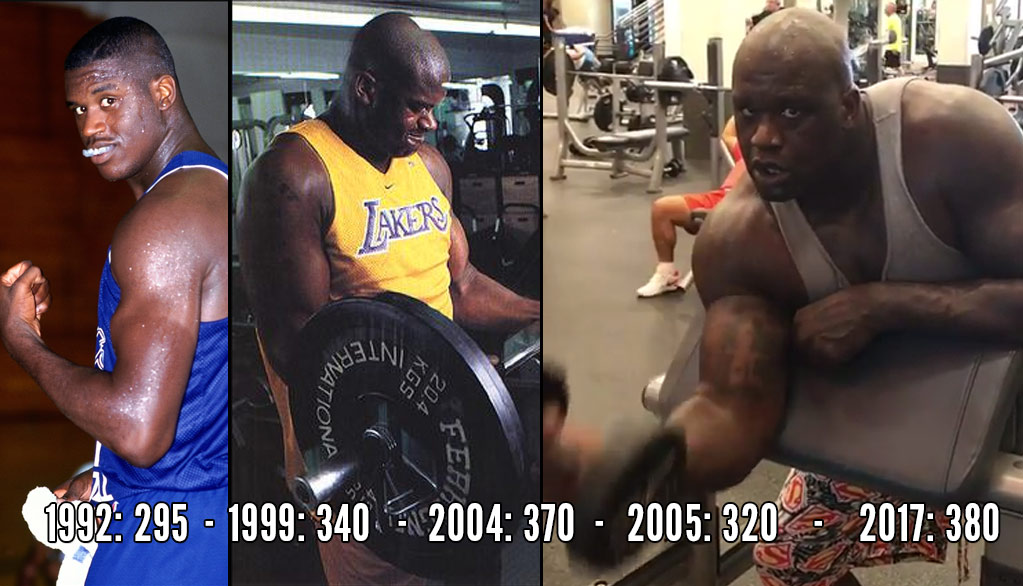 Today’s morning motivation workout mix comes from the MDE as he, according to Muscle Madness, trains for the WWE (last I heard the WWE thing was ...(Read more)

Today’s morning motivation workout mix comes from the MDE as he, according to Muscle Madness, trains for the WWE (last I heard the WWE thing was dead).

As a result of these workouts, the 45-year-old Icy Hot endorser with some of the scariest looking feet in the world said he has lost 20 pounds during his 30-day Roc Fit Transformation Challenge. More shocking than the weight loss was Shaq admitting he was 400 pounds(!) with 15% body fat a month ago. That’s more surprising than (as Barkley would say) “his fat ass” being able to fit into a Buick Lacrosse (I own a Buick Lacrosse and I feel cramped even though I’m 6’0″ 190).

For the old school basketball fans who remember watching a young, lean Shaq going coast-to-coast like a small forward, if watching him working out doesn’t motivate you to get back to the weight of your younger self, then maybe watching a 48-year-old Terry Crews in the gym might…

And I can’t mention Crews and Shaq together without mentioning the time I watched a 44-year old Shaq dunk on Crews during the 2016 Cheez-It Munch Mania Celeb Game.

Here’s a timeline of Shaq’s listed weight over the past 30 years. 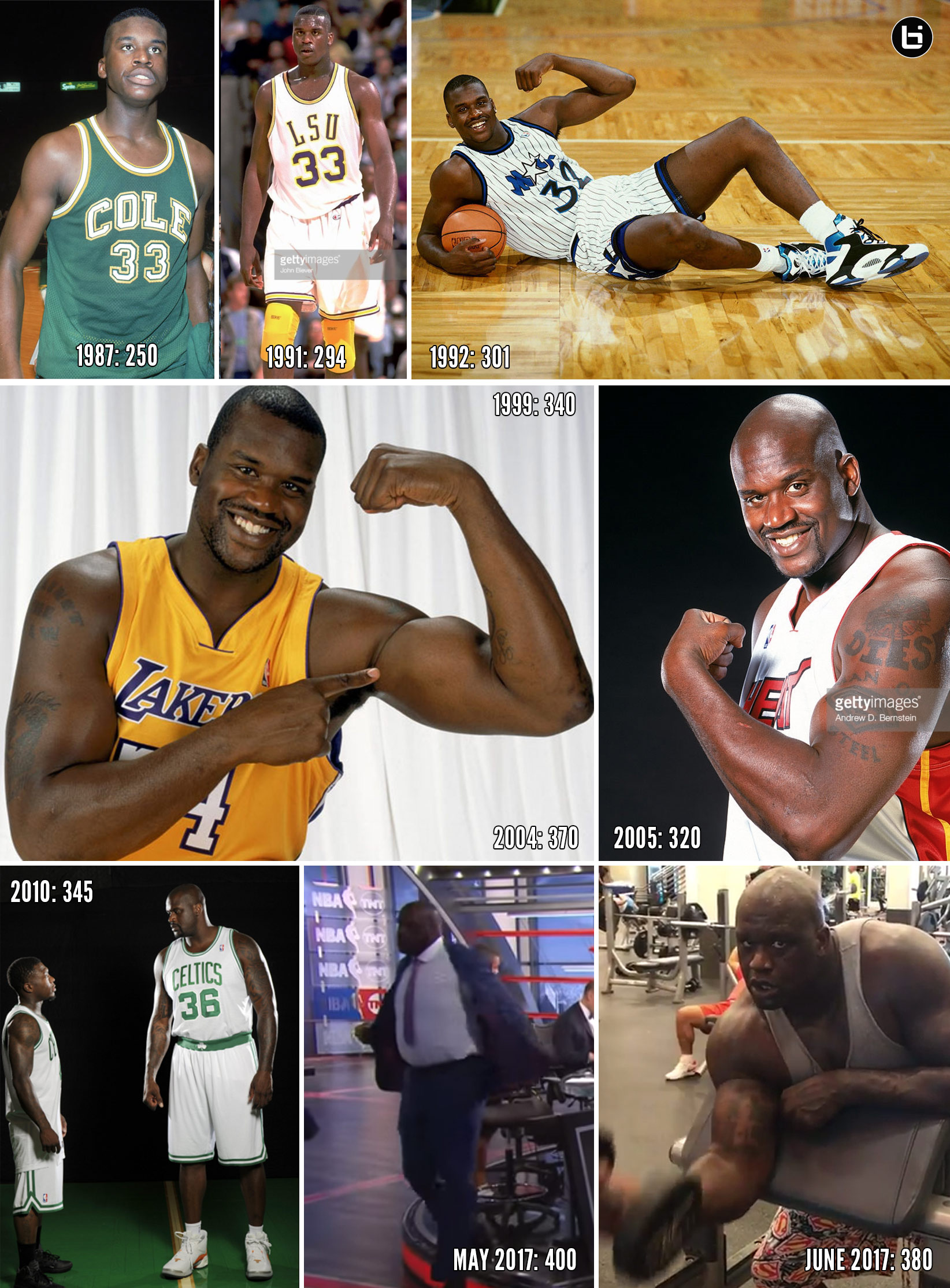