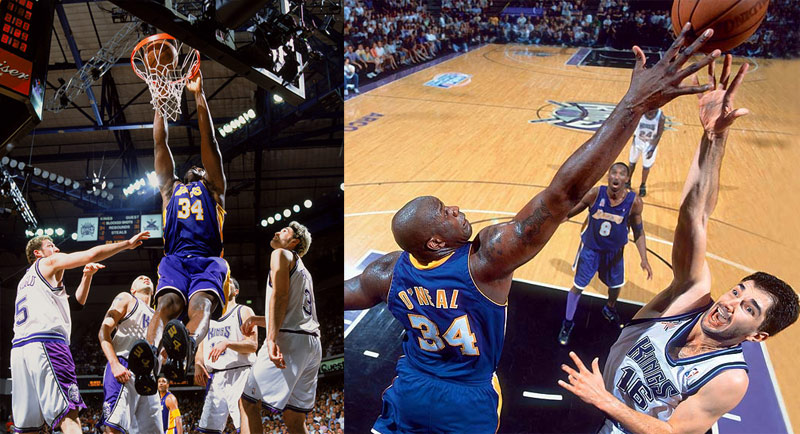 Fans of the Sacramento Kings, or as Shaq called them “Queens,” will still tell you one of the greatest playoff series of all-time was rigged and ...(Read more)

Fans of the Sacramento Kings, or as Shaq called them “Queens,” will still tell you one of the greatest playoff series of all-time was rigged and their Kings deserved to win the 2002 WCF.

Those same fans will also tell you Game 4 was luck because Samaki Walker’s three before the half shouldn’t have counted and Horry’s game-winner was “just a lucky shot.”

Yes, Vlade Divac did say Big Shot Rob’s game-winning shot was just luck! Horry responded by saying he’s been doing that his whole career and Vlade needs to “read a paper or something (the equivalent of a person saying they better Google something now).”

They, along with disgraced NBA ref Tim Donaghy, will also tell you Game 6 was rigged as the Lakers attempted 40 free throws (27 in the most controversial quarter) and did get every call as Mike Bibby and the Kings couldn’t get one even with a bloody nose.

But then it all came down to Game 7 in Sacramento. A game where the Kings were getting the whistle but only made 16-of-30 free throws. A back-and-forth game where Shaq only attempted 15 free throws but made 11 of them. An overtime game where Kobe Bryant flirted with a 30-point triple-double despite being sick because of a bacon cheeseburger from “room service.”

Lakers’ fans will tell you Peja and the Kings choked in that game worse than Bryant almost did on that bacon cheeseburger. I wouldn’t go that far but Peja’s eight-point (3-of-12 shooting) night was a big reason why the overtime thriller ended with a six-point victory for the champs.

“We kept our composure,” said Bryant. “That’s why championship experience shows through.”

Kings’ fans still talk about the “rivalry” but Lakers’ fans and Robert Horry will tell you it’s not a rivalry if one team always wins.