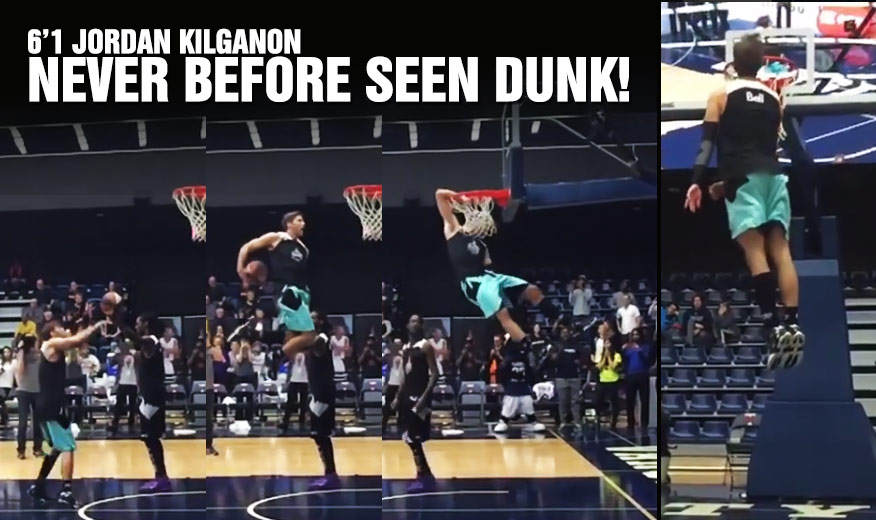 View this post on Instagram KILLED the half time show at University of Toronto with @nbacanada. #DunkElite #BounceKit #K1X #HoopMixTape #NBAallstarchallenge A post shared by Jordan ...(Read more)

6’1 Jordan Kilganon Returns With Another Never Before Seen Dunk!

In 2014, 6’1 Canadian dunker Jordan Kilganon became an internet sensation when he unveiled the never-before-seen Scorpion Dunk. And then he released a variation of it: Between the legs Scorpion! Then another. And another! For  about 6 months, it seemed like Jordan was putting out another NEW dunk on a monthly basis. Then in May of 2015, he pulled off arguably the greatest show dunk of all-time: the “Lost and Found.” Even Jordan himself said it was the best dunk he’s ever done.

The problem with near impossible dunks like the “Lost and Found” is they are Youtube dunks: impressive, complex dunks that are unlikely to be pulled off in a couple of tries especially in a contest environment. With that said, that doesn’t stop the Dunk Elite dunker from attempting “YouTube dunks” in contests and in some cases, make them!

At this past weekend’s halftime show at the University of Toronto, Jordan pulled off a behind the back, elbow dunk!

I have nothing else to say.