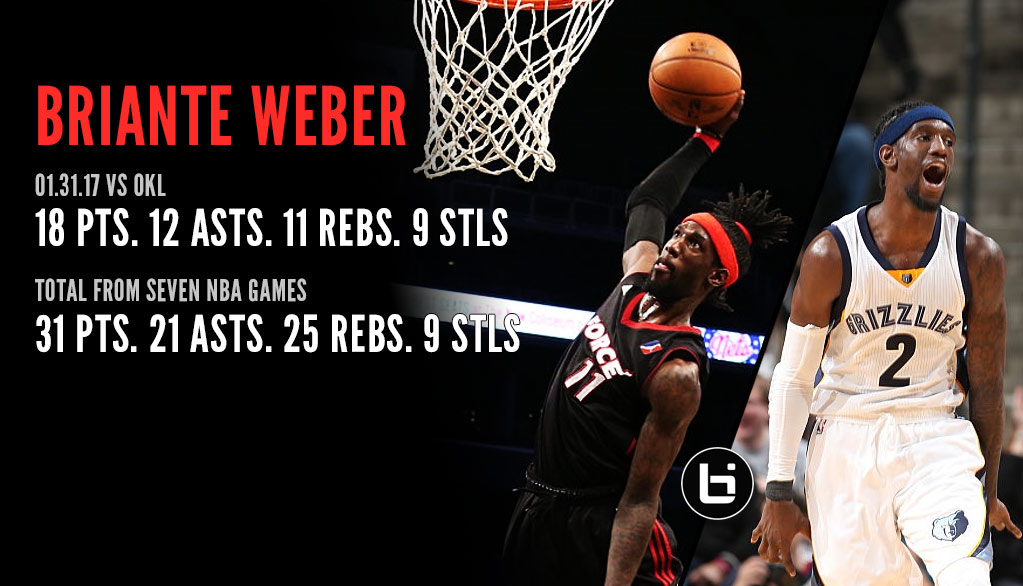 During last night’s D-League OT between the Skyforce and Blue, number 1-ranked prospect Briante Weber came up just 1 steal shy of a quadruple-double (Clyde Drexler knows how you feel): 18 points, 12 assists, 11 boards and 9 steals. What makes this statline so interesting is it’s basically half of his total NBA production — 31 points, 25 rebounds, 21 assists and 9 steals — from seven games last season.

The undreafted 6’2 point guard played six games with the Grizzlies and one game with the Miami Heat. In his NBA debut with the Griz, he put up 10 points and 7 assists and helped lead the team to an OT victory over the Pelicans.