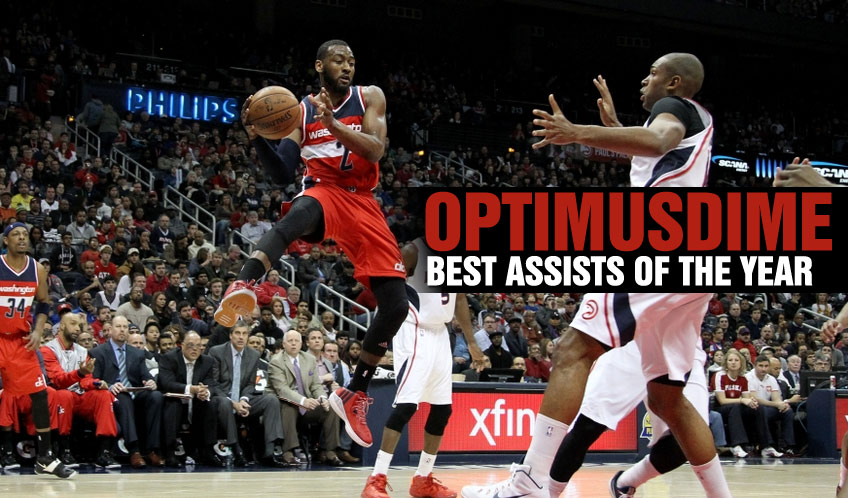 Last season was a career best for John Wall when came to dishing out assists.  On December 8th he had a career-high 17 in an emotional ...(Read more)

Last season was a career best for John Wall when came to dishing out assists.  On December 8th he had a career-high 17 in an emotional double OT thriller. A week later he tied the career-high without the extra sessions.  Then after the All-Star game he set a new career-high (18) against the Knicks and during a first round playoffs sweep of the Raptors he recorded a Wizards playoff franchise record 17 assists in a game.

Wall finished the season with a career-high 10 assists average and the 9 minute mix above is a great tribute the great season season Wall had. But I can’t talk about Wall’s season without giving props to his defense. Last season was also his first to make a All-Defensive team (2nd) so here’s 8 minutes dedicated to his D (you know what I meant).