On May 18th of 1995, around 7 PM EST, I was sitting in a restaurant called Dogs-R-Us in Titusville, Florida, with a plate full of hot wings, ready to watch Game 6 of the Eastern Conference Semi-Finals between the Orlando Magic and the Chicago Bulls. About three hours later, with no feeling in my tongue, I was feeling on top of the world and celebrating with the 30 or so locals after watching the youngest team in the playoffs give Michael Jordan the last playoff series loss of his career.

Meanwhile, in Chicago, the 108-102 game left over 24,000 people in the United Center shocked as they watched former Bull Horace Grant waive his towel in the air to celebrate the Magic victory.

“I felt 10 feet tall out there,” said Grant, who celebrated on the shoulders of his Magic teammates to a crowd of Chicago boos. “It felt great to win here. I don’t care tonight where we got it done, even if it was Siberia. But to have it done in Chicago does give me satisfaction.”

What many people don’t remember or know about the end of this series was it also almost marked the end of the Scottie Pippen era in Chicago. Pippen, who scored 26 points in the loss, thought he was going to be traded in the off-season (Hello Shawn Kemp!).

The Bulls did make the wise decision to keep Chi-Town’s Batman and Robin together, and together, they got their revenge on their former teammate and his Magic teammates the following season, when they won 72 games, easily beat the Magic in the playoffs, then went on to win the first of three consecutive NBA championships.

And most importantly, Jordan never had to wear Penny Hardaway’s shoes again. Wait? What? Yeah, what many people also don’t remember about that series loss to the Magic was he was wearing Nike Air Flight 1 shoes… 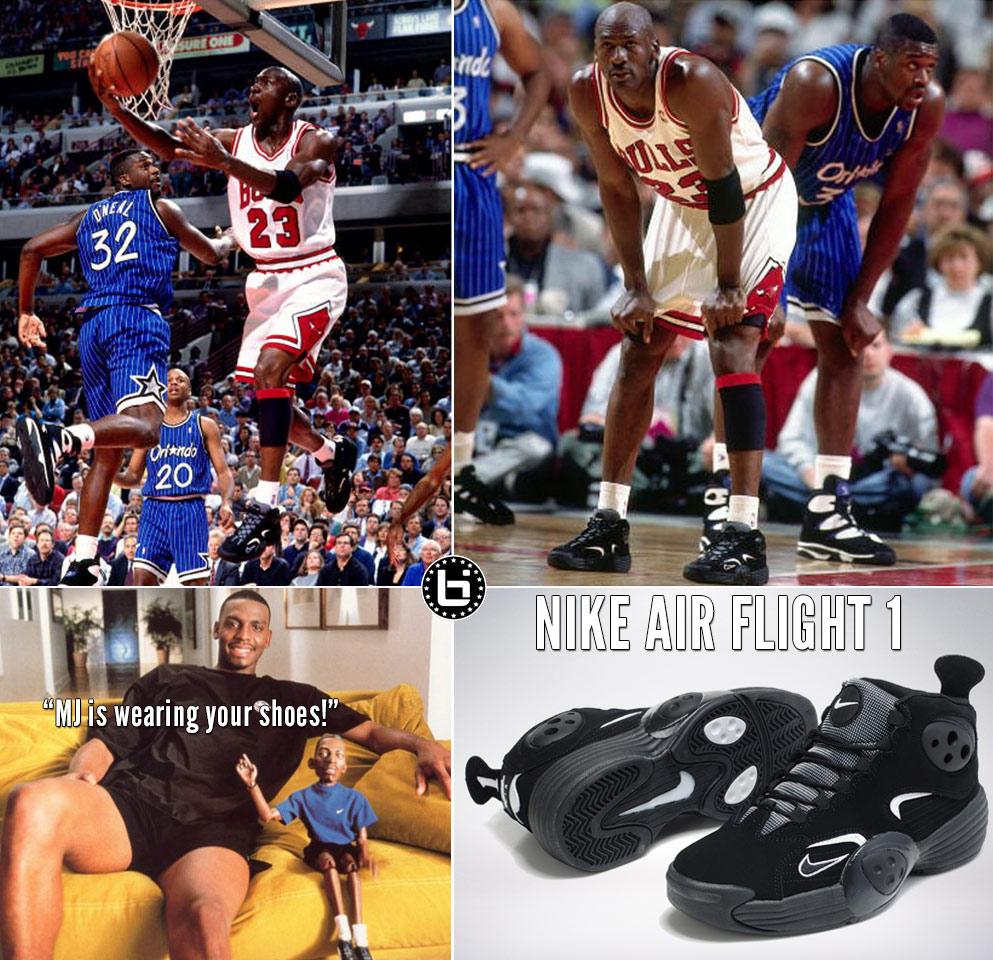 Via Raised By Thieves

After debuting the Air Jordan 11 “Concord” in Game 1 of the 1995 Eastern Conference Semifinals, he switched to the Nike Air Flight One in Game 3 to avoid a fine for not matching his teammates black sneakers. These shoes happened to be the signature sneaker of series opponent and rising star Penny Hardaway. While Jordan would soon get the “Space Jams,” legend has it that he cut off the pull tab that sported Hardaway’s #1.

This is the part where I do my best impersonation of Spike Lee’s Mars Blackmon character and scream, “Money, It must have been the shoes! The Penny Hardaway shoes!”

There is another (less entertaining) version of this story. In it, Jordan and Penny agreed to swap shoes and out of respect, Jordan wore them…while playing against Penny…in the most anticipated and hyped series of the playoffs. I’m not buying it.

Here’s what really happened (I think), Jordan was supposed to wear the black Space Jams but Nike wasn’t able to get the shoes to him before the game started. Since he and Penny had the same shoe size, Jordan asked Penny for one of his pairs before the game and he wore them for the first half. The Space Jams did arrive before half-time so Jordan was able to wear them in the second half. 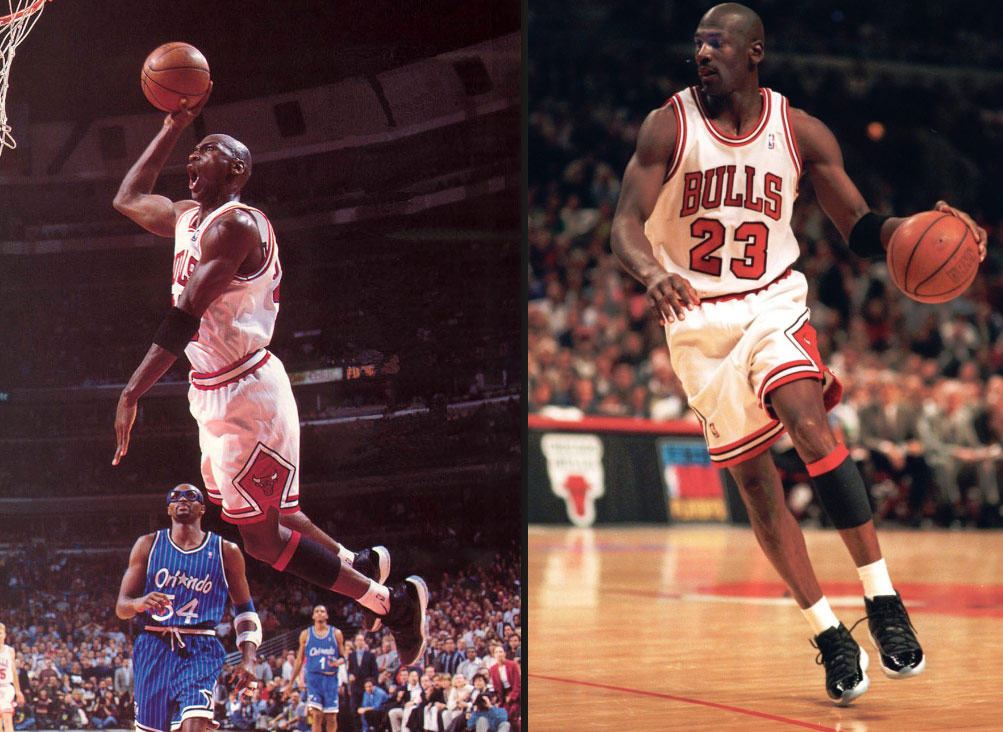