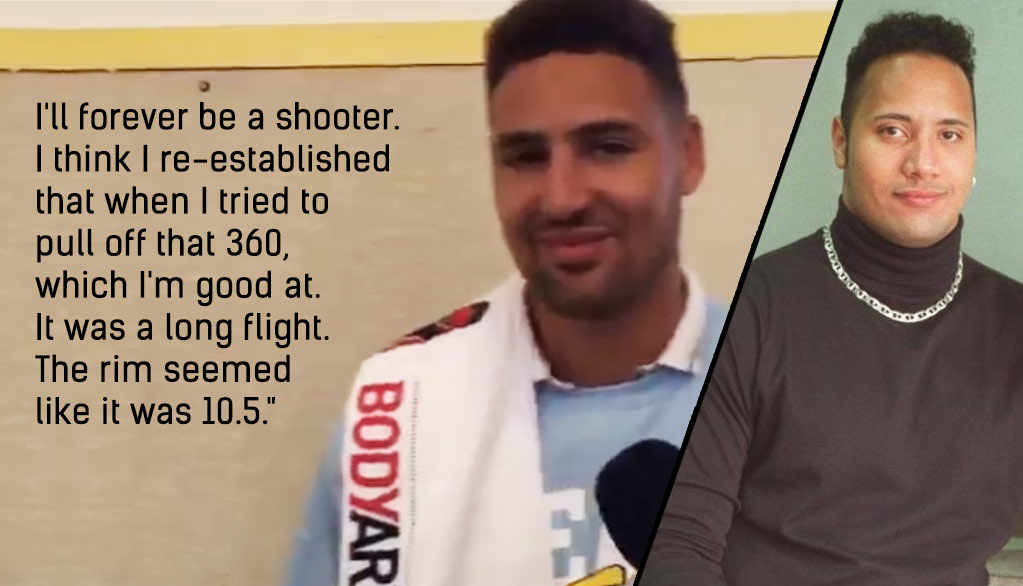 Klay Thompson doesn’t get enough credit for being one of the best interviews in sports. He’s often hilarious while being so cool and calm it’s sometimes ...(Read more)

Klay Thompson doesn’t get enough credit for being one of the best interviews in sports. He’s often hilarious while being so cool and calm it’s sometimes tough to tell if he’s intentionally being funny or not. He’s also willing to eat pizza, drink a beer or show the media he’s “the best paper airplane maker on the west coast” during a postgame interview. There’s also the classic PSA moment, when he said marijuana shouldn’t be used recreationally.

On Wednesday, while talking to Anthony Slater, Klay — fresh off a vacation in the Bahamas and looking a little like a real tanned version of The Rock with a fanny pack — hilariously talked about his viral 360 missed dunk from the summer.

“I didn’t think it would make it to the states but it did. I was never known as a leaper; I’ll catch you sometimes but I’ll forever be a shooter. I think I re-established that when I tried to pull off that 360 — which I’m good at. It was a long flight. The rim seemed like it was 10.5.”

Klay also said he was unaware that “China Klay” was a viral thing in the states because he didn’t have internet during his sneaker tour in Asia.