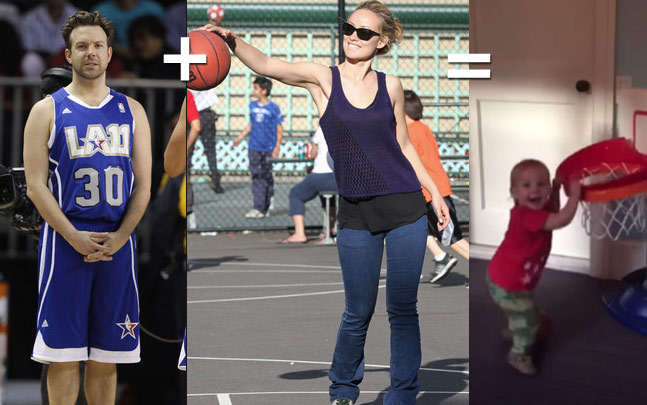 The hilarious Jason Sudeikis stopped by the Jimmy Fallon show to promote his latest film and his 1 year old son’s love for dunking and unnecessary ...(Read more)

The hilarious Jason Sudeikis stopped by the Jimmy Fallon show to promote his latest film and his 1 year old son’s love for dunking and unnecessary showboating.

“I love him going strong to the hoop,” he said. “The showboating has got to stop. Hanging on the rim’s a technical. Gloating like that, look, they’ll love it at Madison Square Garden, they’ll love it at Barclays, they’ll love it at home, you take that junk to Atlanta, Golden State … Twitter’s gonna crush him. They’re going to kill him. #calmdownkid #Itsworththesameamountofpointsasalayuphotdog.”

If little Otis is getting that type of criticism now, I can’t imagine what he’s going to get when he learns how to dribble.  I imagine practices between the father and son looking like this.

Which will toughen up Otis who will probably be posterizing and staring down other kids in a couple of years.

What you might not know about the SNL vet is he has some game. The point guard who grew up watching Pete Maravich VHS tapes and won a CYO championship in 5th grade is also a NBA celeb game vet and if you need real proof of how serious his game is, he’s married to Olivia Wilde.