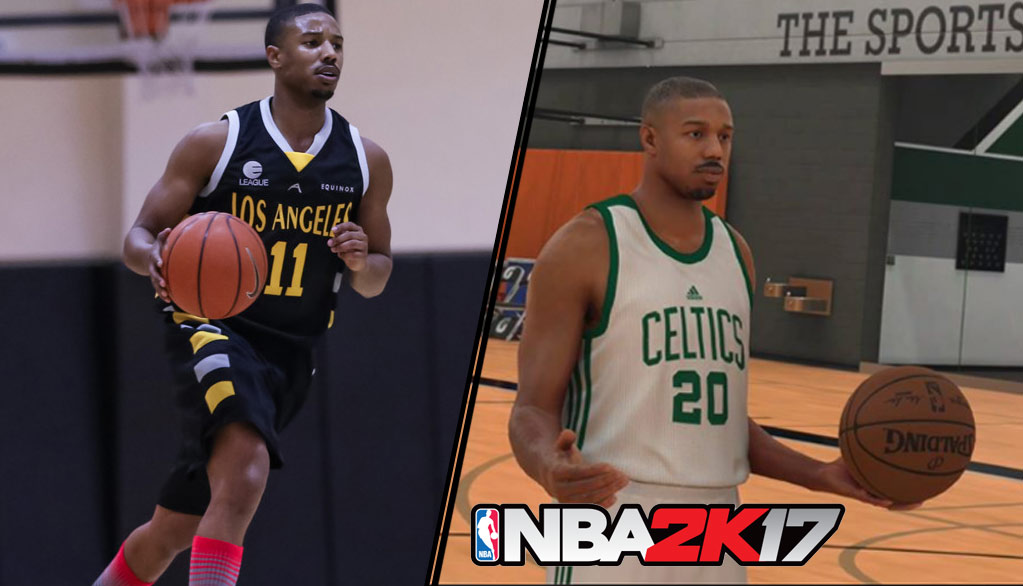 The only interesting thing about Spike Lee’s NBA2k16 MyCareer mode/movie “Livin’ Da Dream” was it allowed ItsReal85 to make a hilarious “hood dubbed” version. This year for 2k17, ...(Read more)

This year for 2k17, 2K collaborated with Creed co-writer Aaron Covington and actor Michael B. Jordan, as well as the hilarious Hannibal Buress and Matt Walsh, to improve the MyCareer mode with a storyline focused more on what happens on the court than off.

Via Ben Bishop of Visual Concepts/2K

In NBA 2K16, we took a rather different approach. Spike Lee’s Livin’ Da Dream narrative was very linear, focused almost exclusively on the off-the-court trials and tribulations of a young, up-and-coming NBA star. This year, we wanted to bring the emphasis back on the court to the game of basketball, and with a much more dynamic and interactive story element.

In our early brainstorming meetings, one of the ideas that resonated most with us was the concept of a dynamic duo. Seeing what two young stars can do as they rise up together is very intriguing, whether it’s Steph and Klay, Durant and Westbrook, or even going back a bit to pairs like Kobe and Shaq, Stockton and Malone, or Jordan and Pippen.

Jordan will be playing one half of the duo and you will be the other. Here’s how the story unfolds.

The way you play the game and the decisions you make off-the-court will change the way you experience the narrative. If you’re a gym rat like Justice, the two of you will form a strong bond right away. If you’re more outspoken in press conferences and when talking with the media, it will have ramifications down the line. Even our new text messaging system (more on that below) plays an important role, as how and when you choose to do things, as well as the way you respond in personal conversations, will help to dictate what is going on around you over the course of the season.

You can read more about the MyCareer mode at Ben’s blog on Facebook or watch some of Jordan’s best basketball moments below.