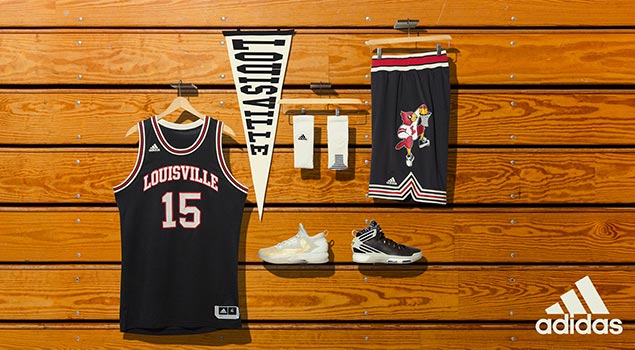 LOUISVILLE
Paying homage to Louisville’s uniforms of the 1980s, the Cardinals’ Black History Month uniform commemorates one of the program’s first three African-American basketball players, Wade Houston. The Tennessee native embraced the opportunity to break the color barrier on court from 1963-66 and returned to Louisville as an assistant coach in 1976.

Louisville will suit up in all-black and all-cream versions of the uniforms. The jerseys feature throwback name and numbering used during the Cardinals’ dominant runs in the ‘80s. The 2016 rendition is comprised of red and black accents with the shorts showcasing the Louisville “Dunking Bird” as a nod to the program’s 1980 and 1986 NCAA championships. 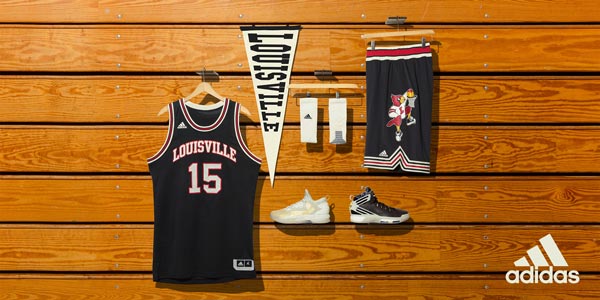 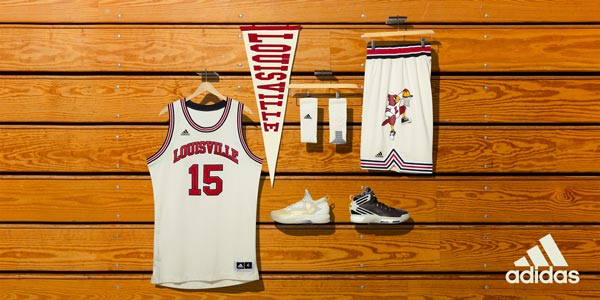 NEBRASKA
The Huskers’ Black History Month uniforms pay tribute to Wilbur Wood, the program’s first African-American basketball player. Wood lettered from 1908-10 and was one of the first black players to gain prominence in collegiate hoops.

Designed to celebrate Nebraska’s early years, the uniforms feature red tones and a cream stripe across the jersey with the classic N logo on display. While the uniforms of old did not incorporate numbers, the 2016 collection features classic block numbering with cream accents below the stripe and on the back of the jersey.

To give players optimum performance on the court, the uniforms feature the same lightweight, sweat-wicking technology used in the NBA. Targeted ventilation zones on the chest, back and side keep players cool even in the most intense moments of the game. A mid-hole mesh on the short maximizes comfort and breathability as the game heats up. 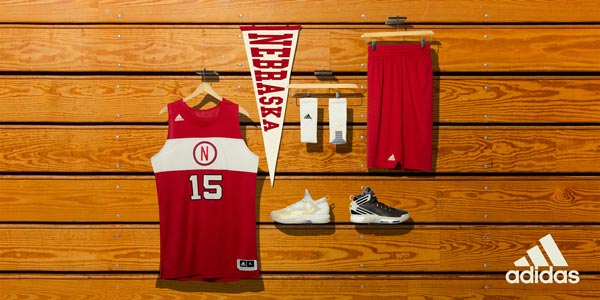 FOOTWEAR
To complement the uniforms, teams will lace-up adidas’ Black History Month basketball sneaker collection inspired by Jesse Owens. At the 1936 Berlin summer games, Owens became a groundbreaking athlete and symbol for social justice and equality after a historic performance where he became the first American track and field athlete to win four gold medals in a single games. Each shoe in the collection features cream tones, dark brown contrasts, gold accents and signature details including Owen’s 733 bib number treated with gold foil on the tongue and a 1936 graphic-print in the sockliner. 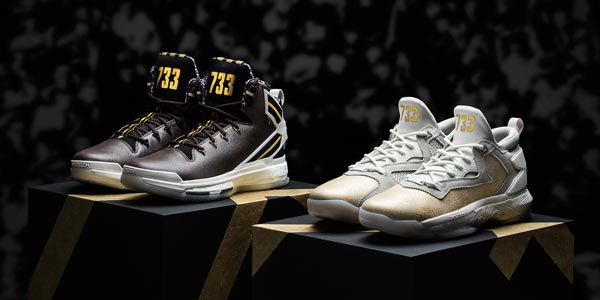 Louisville, Mississippi State and Nebraska will sport the Black History Month uniforms in February and fans can grab their own team gear at adidas.com and campus area locations.