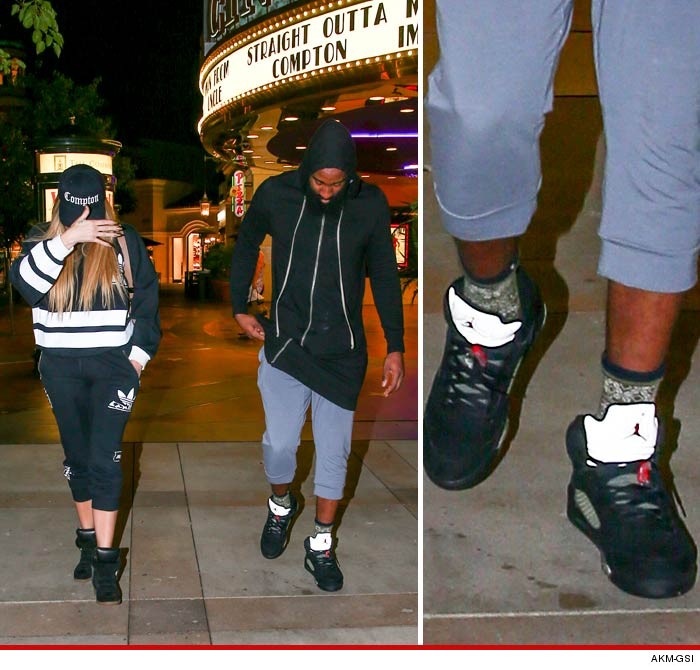 According to ESPN, the President of Adidas North America wasn’t too happy about seeing James Harden on TMZ last Friday.  The new $200 million Adidas man wasn’t in a fight, he wasn’t saying anything controversial – he was just walking out of a movie theater with girlfriend Khloe Kardashian….while wearing Air Jordans.

A rep for the stripes said once the Adidas deal kicks in on October 1st, Harden’s days of wearing the GOAT on his feet – even off the court – are over.

I wonder if they will have an issue with the Drew League Champion playing in the Nike endorsed Drew League too?  Supposedly a few people in NBA orgs and reporters aren’t too fond of the idea of big name NBA players playing in Summer leagues either. Well, at least Khloe showed up to the Drew games wearing Adidas. 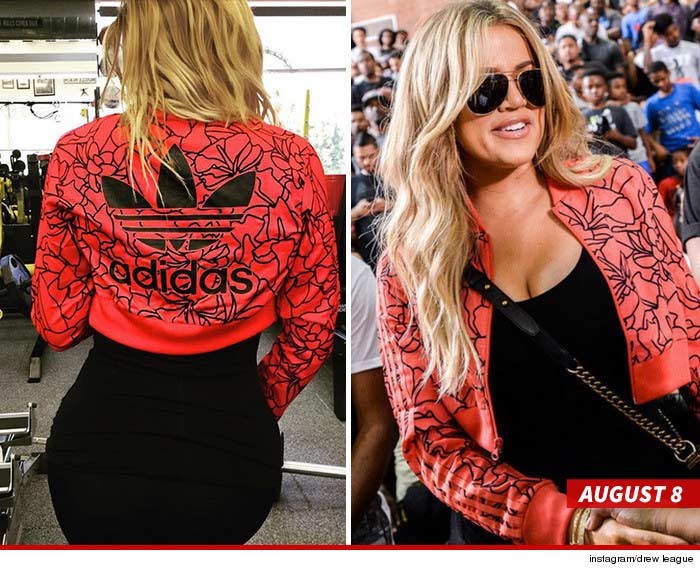