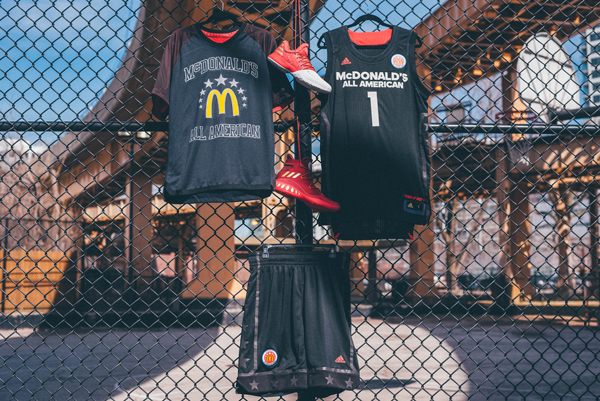 adidas and McDonald’s today unveiled the uniform collection for the 40th Annual McDonald’s All American Games www.mcdaag.com​ at Chicago’s United Center on March 29. The collection pairs the latest uniform innovations with design elements that speak to the rich history of the Games and celebrate Chicago.

Created with the nation’s best high school basketball players in mind, the uniforms feature a re-engineered mesh fabric designed for increased breathability and French terry wipe-zones for further sweat management during the game’s biggest moments. The reflective jersey print and gold jock tags commemorate high school basketball’s highest level of achievement. The back of each jersey’s neck sports the outline of each athlete’s home state while the front of the jersey reads “Class of 2017” above the jock tag. The underside of the waistband on the shorts reads “All American” when rolled up.

The men’s uniforms feature black and white jerseys with silver accents. Constructed with 3M reflective materials, the jersey name, layered-numbering and stars running down the uniform’s side have a stunning metallic finish.

Comprised of black and white jerseys with red accents, the women’s collection features stars down the side of the racerback top and the shorts. Similar to the men’s uniforms, the reflective finish is used on the name, numbers and stars.

This year’s POWERADE® Jam Fest, to be held at Illinois Institute of Technology – Keating Sports Center on March 27, features a white uniform designed with reflective pinstripes running down the jersey. The pinstripes are a nod to Chicago’s professional sports teams’ uniforms. The jersey numbers, names and the McDonald’s logo on the short are designed with reflective hits. Similar to the game day shorts, the Jam Fest shorts also have a graphic print on the underside of the waistband that reads “All American” when rolled up.

Players will lace-up the latest adidas basketball footwear in two pinnacle styles, Harden Vol. 1 and Crazy Explosive Primeknit. The custom edition Harden Vol. 1 has laser-etched stars on the leather toe and the Crazy Explosive Primeknit shoe has pinstripes on the bootie. Each shoe has the best of adidas footwear innovations, including a red full-knit upper, full-length BOOST mid-soles and a metallic gold glossy finish on the three stripes while the McDonald’s All American Games logo is featured on the tongue. 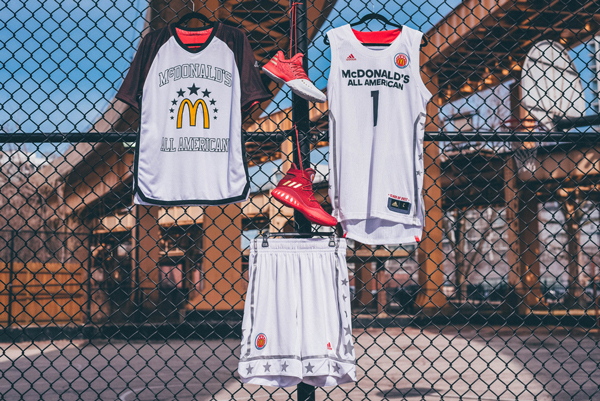 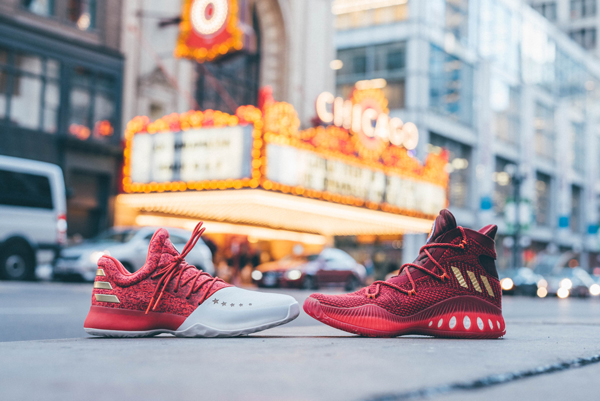 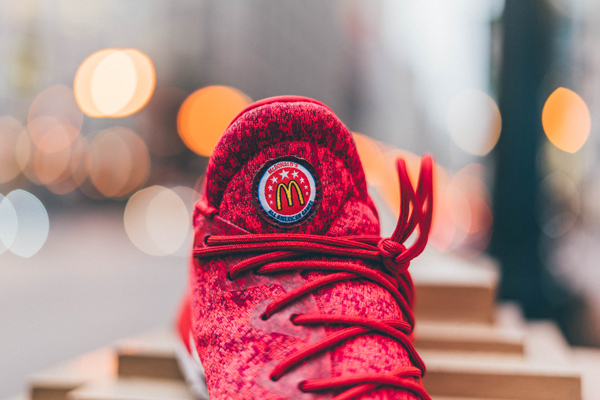 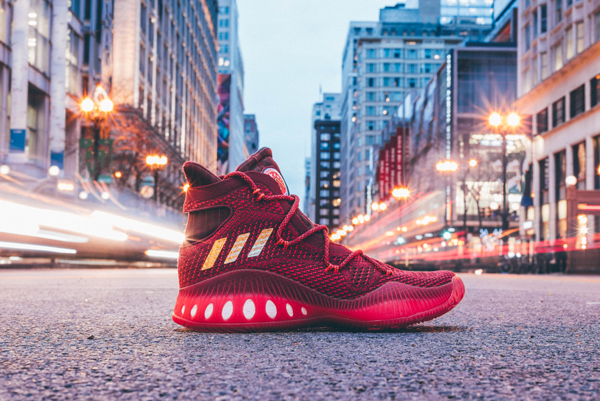 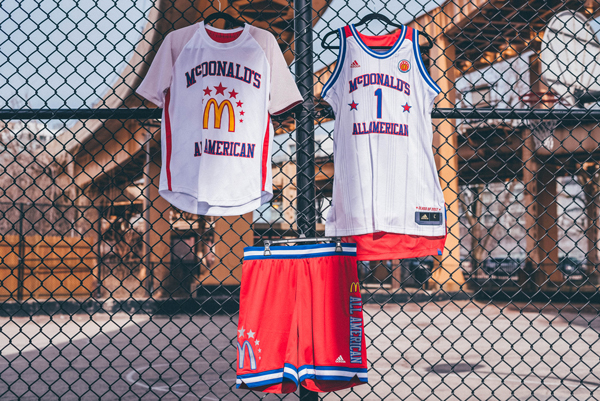 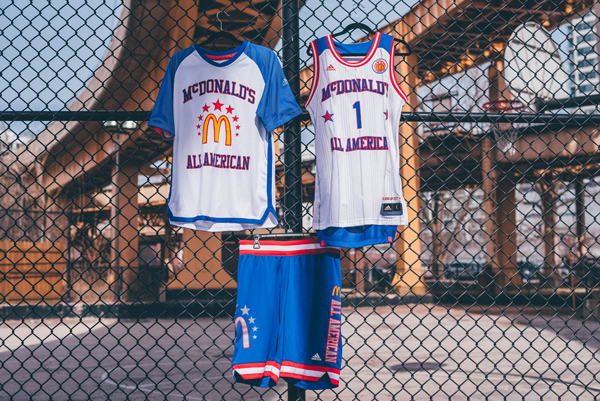 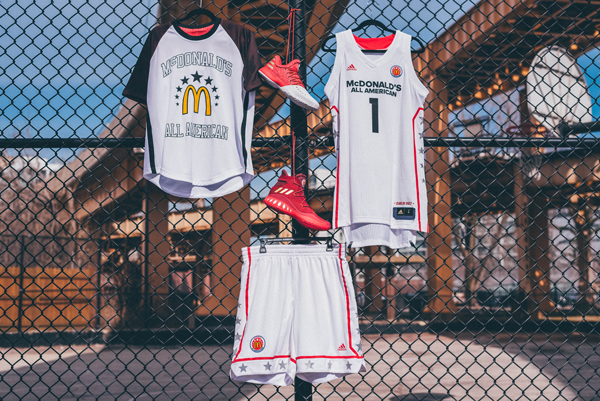 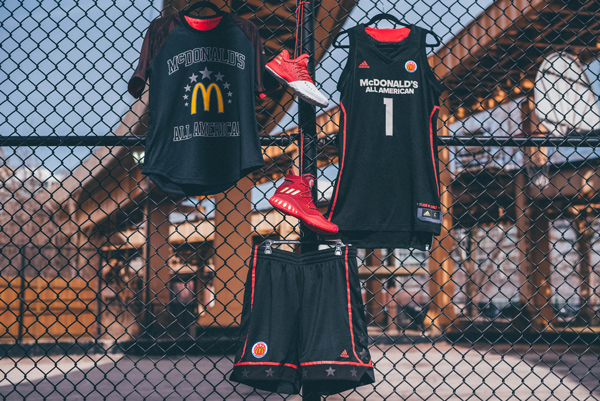