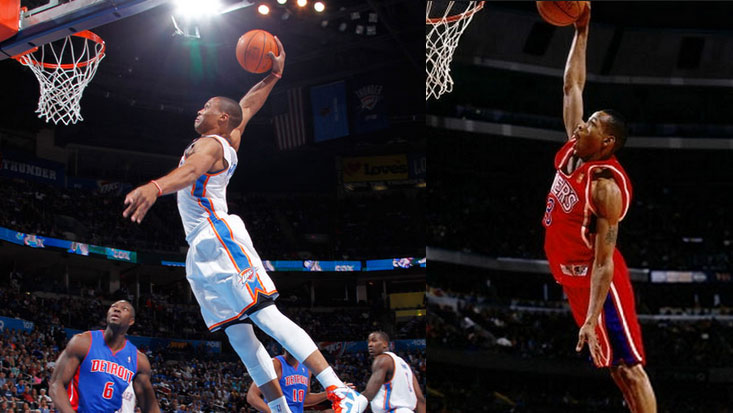 Your browser does not support iframes. Last month during an interview with Ahmad Rashad, Kobe Bryant announced he was a member of the Russell Westbrook fan ...(Read more)

Last month during an interview with Ahmad Rashad, Kobe Bryant announced he was a member of the Russell Westbrook fan club and said Westbrook “plays mean” like he did and “with an agression.”

Last night, another legend announced he was the president of the fan club. During a telecast interview with Malik Rose and Marc Zumoff at the 76er game, Allen Iverson had some high praise for Mr. Westbrook.

“I’m the biggest Westbrook fan I think there is. He reminds me so much of myself as far as his heart, laying it on the line night in and night out. Just bringing it every single night.”

If by chance you were wondering if the two ever played against each other and how did they do if they did.  Here’s some head to head stats and a game-winner by Iverson over a young Westbrook.