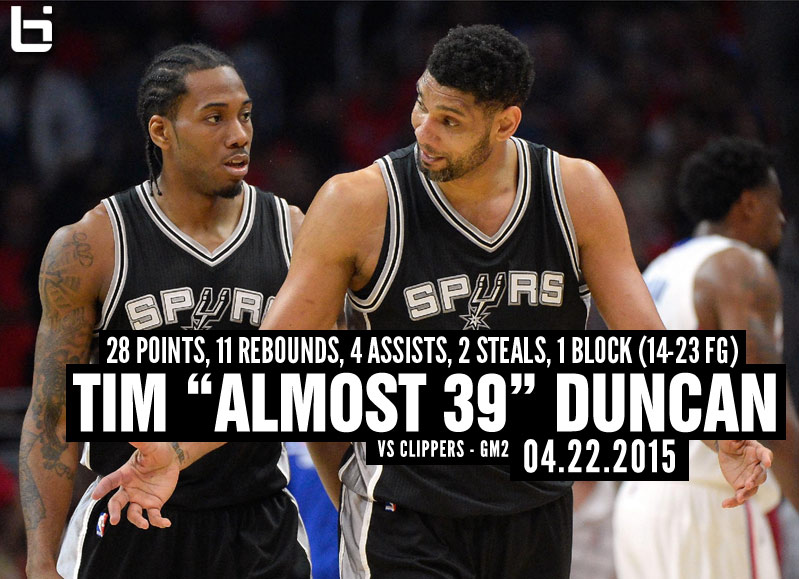 “He was spectacular,” Spurs coach Gregg Popovich said of Duncan after the Spurs OT victory in GM2. “He continues to amaze me with the things that ...(Read more)

“He was spectacular,” Spurs coach Gregg Popovich said of Duncan after the Spurs OT victory in GM2. “He continues to amaze me with the things that he is able to do. He knows he had to stay on the court and he figured out a way to do it. He continued to be aggressive, which is pretty amazing.”

Duncan, who will be 39 year old in a couple of days, finished with 28 points on 14 of 23 shooting and redeemed himself in OT with some clutch plays after a rough 4th quarter.

“I was awful,” Duncan said of the 4th. “I missed two or three layups, I made two or three defensive mistakes, got out of position and gave up dunks to DeAndre.”

Duncan also moved past the 5,000 point mark and is behind only Jordan, Kareem, Kobe and Shaq for most career playoff points. He also pushed his NBA record for double doubles in the playofs to 159 and is behind only Bill Russell and Wilt in the rebounds category.