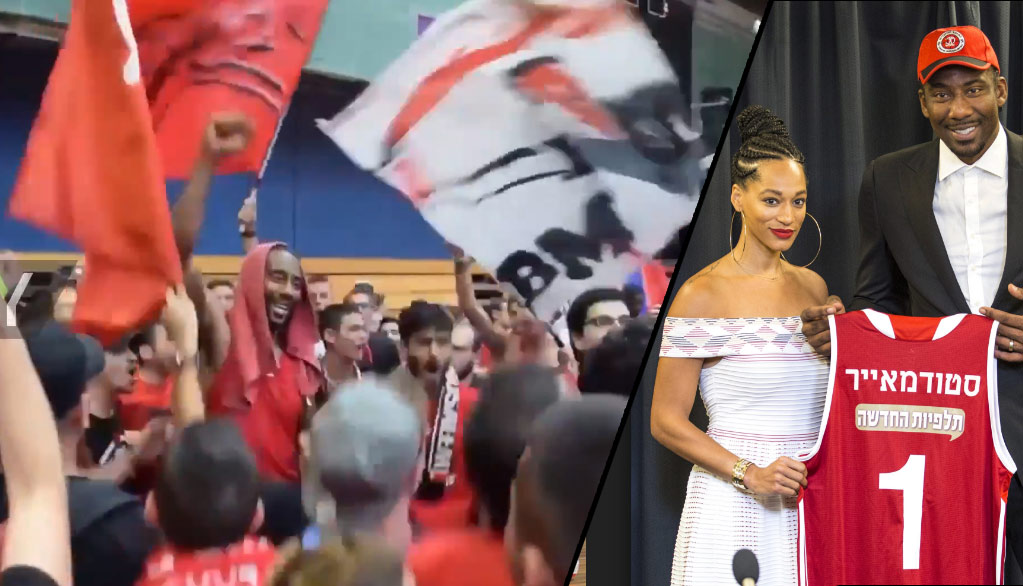 That must have felt good for Amar’e Stoudemire. When the former 6 x NBA All-Star announced his retirement from the NBA, he also said he was ...(Read more)

Amar’e Stoudemire Mobbed By Over 600 Fans In Jerusalem

That must have felt good for Amar’e Stoudemire.

When the former 6 x NBA All-Star announced his retirement from the NBA, he also said he was going to take his talents overseas to play for Harpoel Jerusalem as part of a “spiritual journey.”

On Friday, over 600 fans in Jerusalem showed up to his first open practice session to show their support for his journey. The crazy scene reminded me of my favorite scene from Michael Mann’s film “Ali.”

Yes, I did just  sort of compare Amar’e to Ali and I’m not saying the man known as STAT is a GOAT like Ali, but if you watched him during the mid to late 00s then you know Amar’e was one of the best and nastiest players in the league.

Also worth mentioning is the peace camp held at the Israel Museum earlier this month.