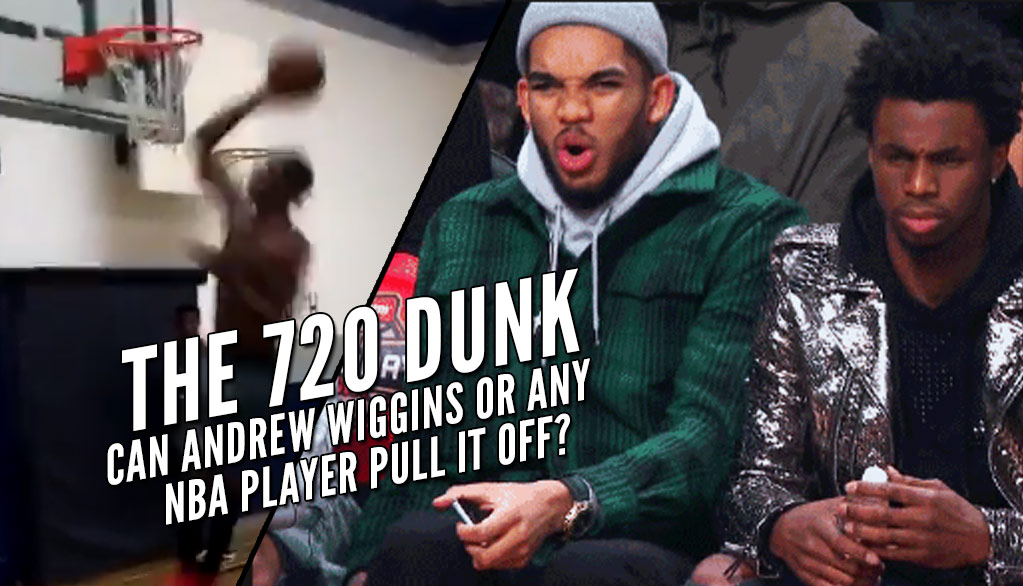 Now this is just upsetting. I’m not mad Andrew Wiggins missed this 720 dunk attempt. I’m mad because this past year’s NBA dunk contest was arguably the best of all-time and Wiggins could have made it even more epic, especially since it was in Toronto – where Wiggins was born! But the high-flying Canadian and teammate of 2 x dunk champ Zach LaVine said no to the invite and the chance to honor Vince Carter by attempting the dunk Vince told Shaquille O’Neal he was going to attempt in what many still consider the best dunk contest of all-time.

So what’s the reason why we wont be seeing Wiggins in a dunk contest?

“My story is, I lost in high school, right when I was in the McDonald’s American Game, so I really don’t do … dunks anymore,” Wiggins told ESPN earlier in the year. “I kind of retired that back, left that in high school, so I don’t really do it anymore.

Here’s the highlights of him and the other guy, Aaron Gordon, who made the 2016 dunk contest so epic losing in the McDonald’s event.

Well, hopefully Zach can convince Wiggins to compete in next year’s dunk contest in New Orleans, or wherever the league ends up moving All-Star weekend, so he can attempt the 720 and attempt to stop Zach from pulling off a 3-peat. I also wouldn’t mind seeing their teammate and NBA rookie of the year Karl-Anthony Towns in the contest too.

And if the league really wanted to push the epicness of the event, they should let Jordan Kilganon aka the white guy dunking in jeans at All-Star weekend, compete against the winner. Or TNT’s Dunk King winner Porter Maberry, who jumped over Shaq to win $100k.

But none of this is going to happen so all I’m really hoping for is just a rematch between Zach LaVine and Aaron Gordon in the 2017 dunk contest and for Nick Wiggins to capture Andrew pulling off the 720 dunk in an empty gym.