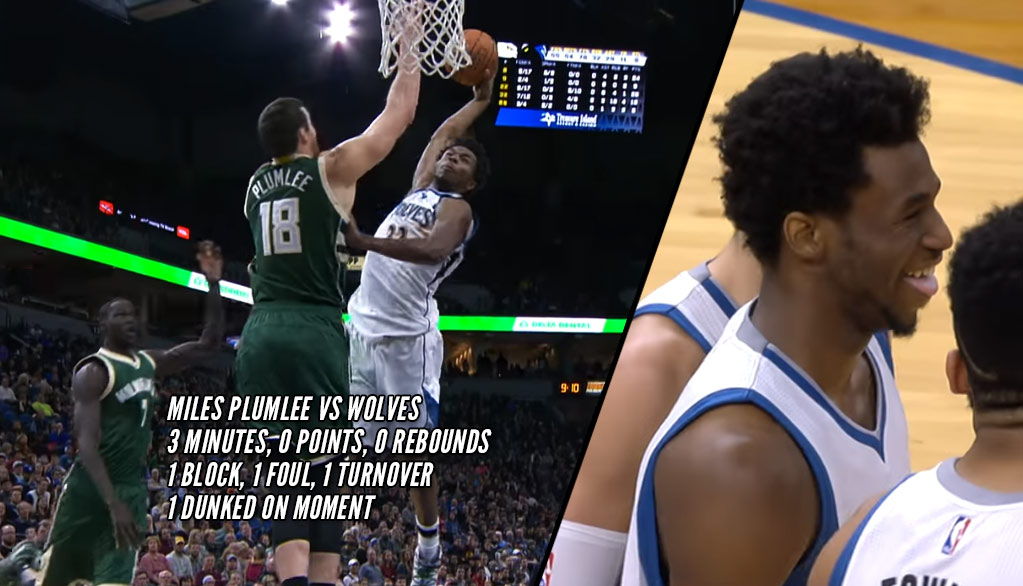 Down by 16 with a little less than three minutes left in regulation, the Bucks put Miles Plumlee in the game. Things started off well for ...(Read more)

Down by 16 with a little less than three minutes left in regulation, the Bucks put Miles Plumlee in the game. Things started off well for the other Plumlee with a block on Andrew Wiggins. Then seconds later he committed an offensive foul. Then things went from “at least I’m playing” to “why did I have to play tonight” when Wiggins got some payback with an and-1 poster dunk. If it wasn’t bad enough Plumlee ended up on the poster, everybody thought the foul was on him but it was really on Thon Maker.

Two minutes later and the game was finally done. Wiggins had a game-high 31 points, the Wolves had a 17-point victory and Plumlee had a stat line of 0 points, 1 turnover, 1 foul and 1 block. If it makes him feel any better, Thon Maker’s stat line was a negative in the fantasy world with 1 foul and 1 missed shot.