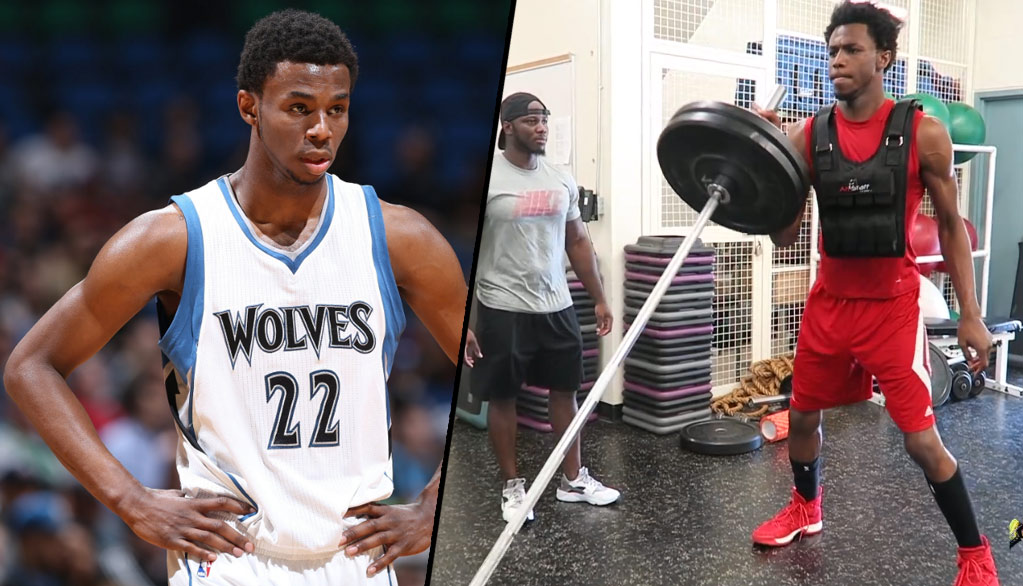 A lot of Canadian basketball fans wished Andrew Wiggins would have played in the Olympics but the 21-year old TWolves star decided to skip Rio to ...(Read more)

A lot of Canadian basketball fans wished Andrew Wiggins would have played in the Olympics but the 21-year old TWolves star decided to skip Rio to focus on his upcoming third season with the Wolves.

“As my third NBA season approaches, I understand my increased role with the Timberwolves and dedication to the upcoming season must have my total focus,” Wiggins said in a statement issued by his agency, BDA Sports. “We are building a championship contending team, which has always been my goal. This was definitely not an easy decision and I fully support and wish Team Canada nothing but success this summer.”

And from the looks of the above video of  Wiggins bulking up and working hard with trainer Seon Holmes, I’m pretty sure Minnesota fans are just fine with not seeing Wiggins play in the Olympics. They also have to be pretty excited to see clips of Wiggins trying to throw down near-impossible dunks like a 720 during a workout session.