Wasn’t Larry Nance Jr about to be shut down for the season? I guess he’s OK because he was throwing down dunks during the Lakers win against the Nets on Tuesday.

As filthy as that pass was, most people were hoping he would have given it to D’Angelo Russell, who scored 16 of his career-high 39 in that 4th quarter. 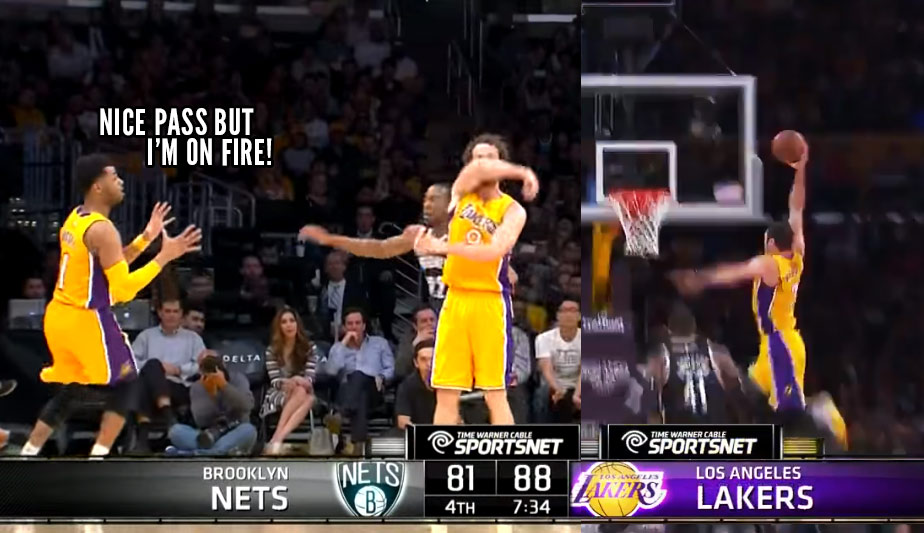