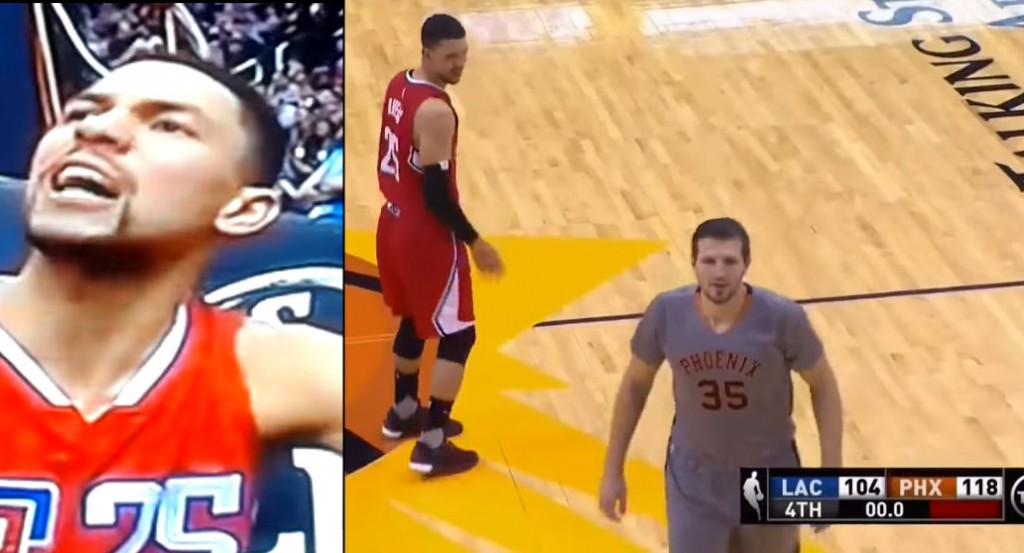 With Chris Paul & J.J. Redick out and Blake Griffin getting ejected in the first half, Austin Rivers got plenty of minutes and shots against the ...(Read more)

Austin Rivers Yells At Refs, Lectures Mirza Teletovic For Shooting At End Of The Game

With Chris Paul & J.J. Redick out and Blake Griffin getting ejected in the first half, Austin Rivers got plenty of minutes and shots against the Suns. Those extra shots didn’t exactly equal a lot of points (11 on 4 of 12 shooting) and those minutes only meant more opportunities for him to get pissed off.

The first incident happened near the end of the first quarter on a no-call. The second incident was a lot less calm but if this was a scene form the movie ‘Inside Out,” you would see Lewis Black’s character losing his mind after Mirza Teletovic shot a 3, up by 11 with with 10 seconds left on the clock. Rivers has been an easy target for many critics but in this case, he had Reggie Miller on his side.

Austin wasn’t the only pissed off Rivers last night. His Dad was pretty upset about Blake’s ejection as evident by this video of him screaming in front of the lady picking her nose.