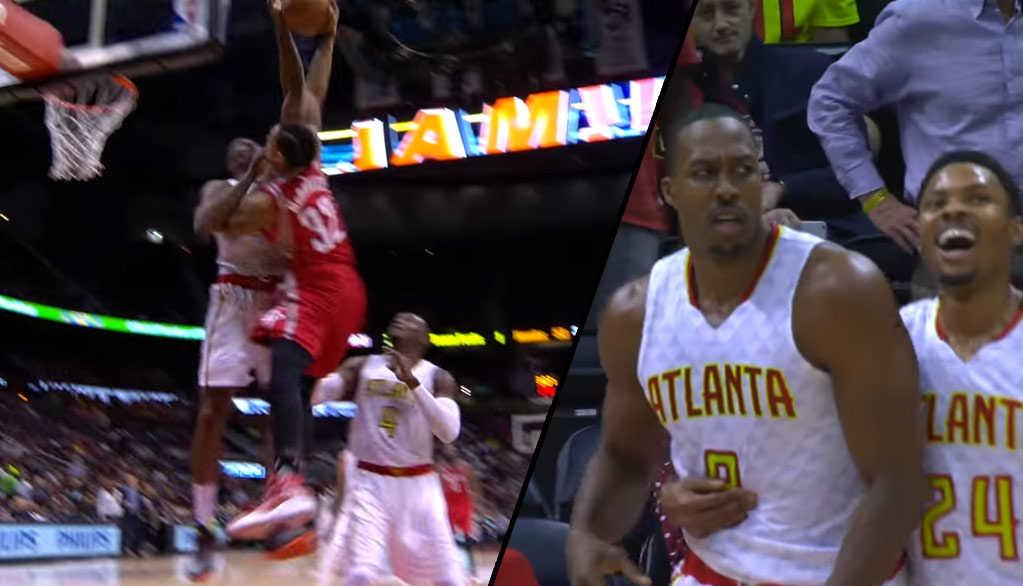 Dwight Howard dominated his former team on Saturday as the Atlanta Hawks beat the visiting Rockets 112-97. Howard had 20 points on 8 of 10 shooting, ...(Read more)

Dwight Howard dominated his former team on Saturday as the Atlanta Hawks beat the visiting Rockets 112-97. Howard had 20 points on 8 of 10 shooting, which included this alley-oop dunk that made Dennis Schroder act like a dolphin.

Howard also had 14 rebounds and 2 blocks, which really should have been 3 (according to Dwight and his coach) but the refs called a foul on this KJ McDaniels dunk attempt that happened right after the dolphin act.

Howard’s former “friend” James Harden finished with 30 points and 12 assists but 24 of his 30 came in the first half.  Howard owes Kent Bazemore a steak dinner for holding Harden to six 2nd half points.