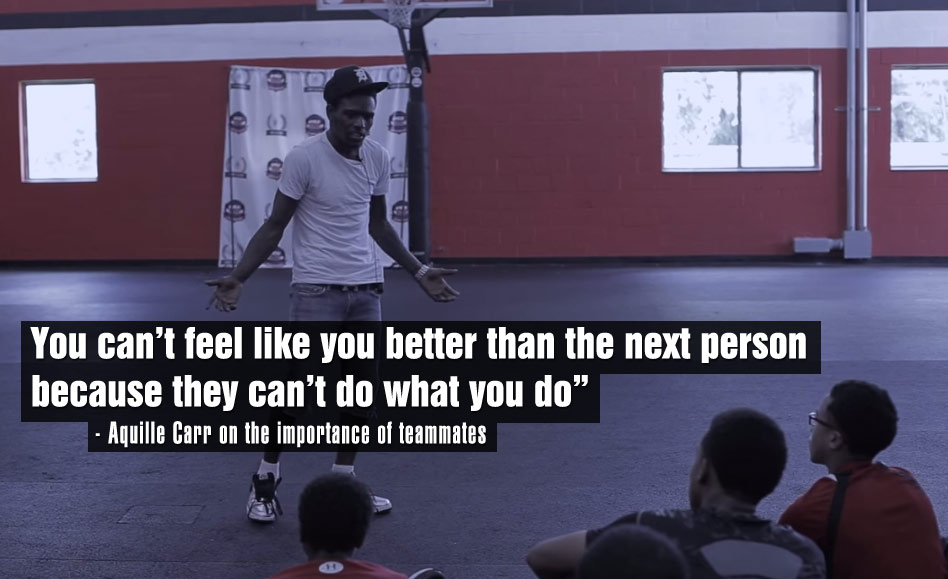 It was minutes from tip off at our Ballislife All-American game in 2013 and Carr comes up to me and says, “What’s the record for assists ...(Read more)

It was minutes from tip off at our Ballislife All-American game in 2013 and Carr comes up to me and says, “What’s the record for assists because I’m about to break it.” That’s the type of confidence that’s in Carr’s 5’6 frame and it’s that type of confidence that made him into a high school and Youtube legend while playing in Baltimore. But, it’s also the type of mentality that used to tip-toe into cockiness, which his teammates and coach had an issue with.

At Pat The Rock’s Skills Academy this past weekend, Carr spoke to campers about these issues and told a story about how the hype went to his head and the time he and his coach in 9th grade got into an argument over a benching.

“You don’t know who I am? I’m Aquille Carr. If you don’t put me out there we going to lose.” says Carr to his coach.

“We going to lose then” replies the coach.

Carr did get to play in the 4th and scored 35 points in the final session, but his team still lost by three. He said that game changed his outlook and his attitude towards teamwork.

You can hear more about Carr’s story and basketball journey in an upcoming documentary called “Redemption” which is coming out this week.

In the meantime, let’s look back at some highlights from his journey.