Freshman phenom Ben Simmons followed up his monster double double of 21 points & 20 rebounds with another double double on Tuesday night. But this double double was with rebounds (14) and assists (10) as Simmons only put up 4 points on 1 of 6 shooting before fouling out in OT.

“I think that’s what probably people have to learn to appreciate being that he has the ability to impact the game in a lot of different ways,” LSU coach Johnny Jones said. “Every night he’s not going to come out and score, a lot of people are going to devise maybe to try and take him away. When you look at 10 assists, it could have been more.”

For LSU to win, I think they need Simmons to play more “selfish” and start taking more shots and taking them much earlier: against N.C. State, he didn’t attempt a shot until 2:27 to go before half-time. With that said, how often do you see a 6’10 player get 10 assists without turning the ball over once?  How about 20 years! 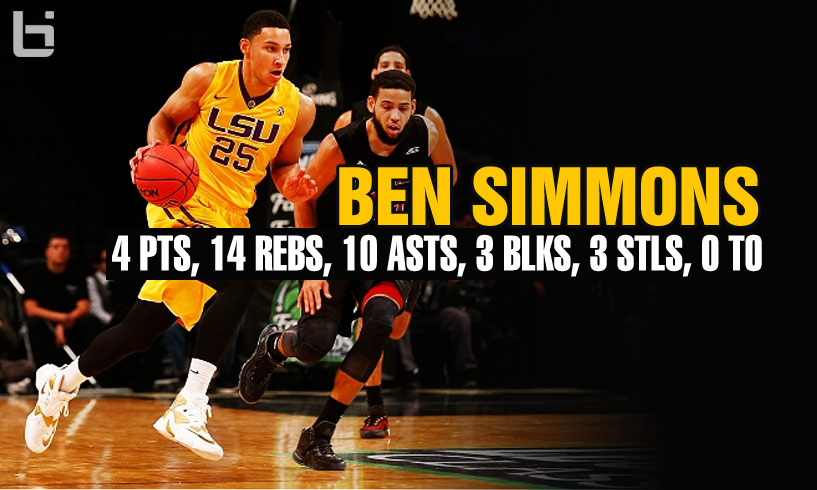