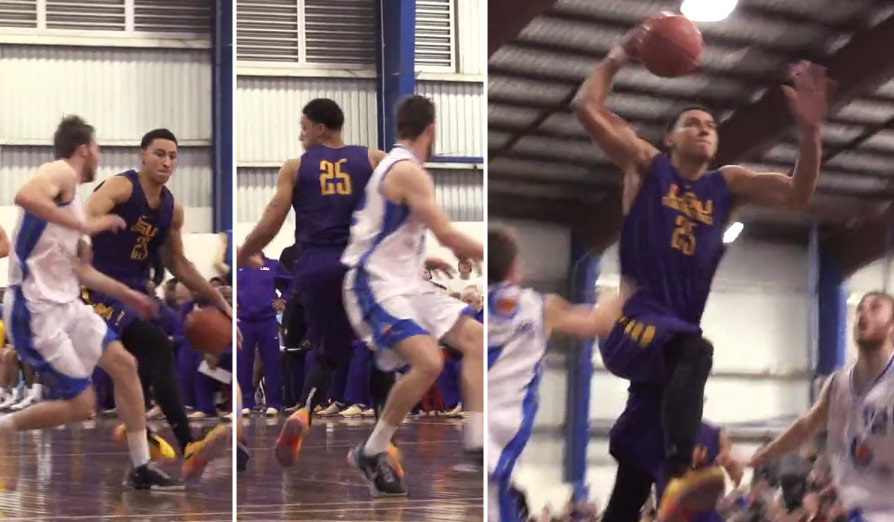 After an impressive 22 & 10 debut with LSUand a 26 point encore, Ben Simmons racked up another double double (18 & 10) and came up with a clutch tip-in in the final 30 seconds to give the Tigers a 2 point lead in Tuesday night’s win against the Queenland All-Stars.

Simmons also had his share of highlights and dunks which included a play where he blocked a shot, went coast-to-coast then hit a defender with a spin move before throwing down a dunk.

Antonio Blakeney came off the bench and scored a team-high 22 for LSU.