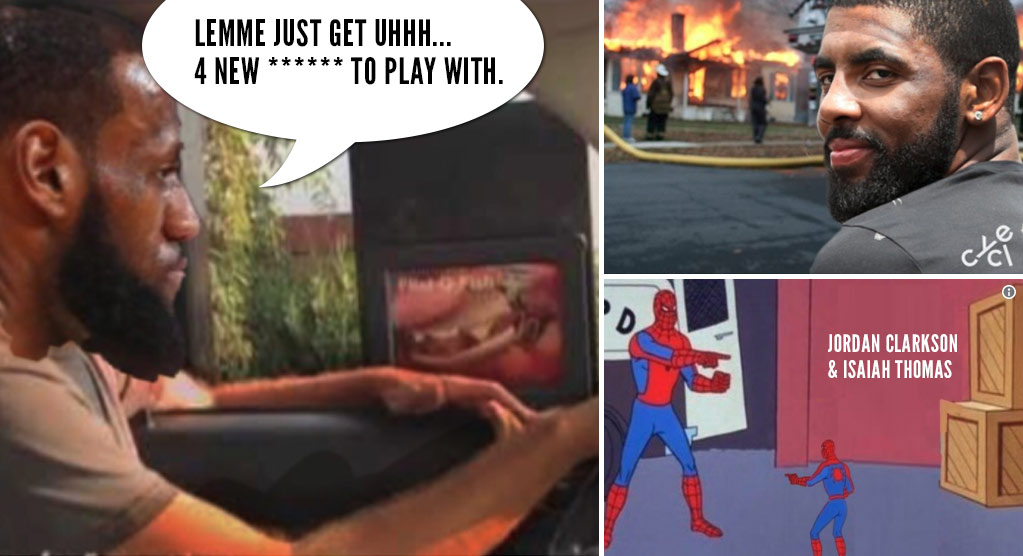 Earlier in the week, former NBA scoring great Tracy McGrady posted a video to his Instagram account saying, “Everybody must go B” and “everybody” meant every ...(Read more)

Earlier in the week, former NBA scoring great Tracy McGrady posted a video to his Instagram account saying, “Everybody must go B” and “everybody” meant every player on the Cavs roster not named LeBron James and Dwyane Wade.

On Wednesday, the Cavs not only traded nine players, they traded Wade too! But, they weren’t getting rid of Flash like they were getting rid of Isaiah Thomas — last seen trying to celebrate with LeBron after the James’ game-winner against the Wolves — or Derrick Rose, who got married during his personal time off from the Cavs. They were trading Wade back to Wade County so he could end his career where it all started, where he won rings and where’s he’s loved and not have to end his career rotting in “The Land.”

As expected, while Woj was dropping bombs and kicking Sham’s ass, the undefeated internet was responding with hilarious reactions and memes to all of the shocking transactions by the Cavs. Here’s some of the best and funniest ones.