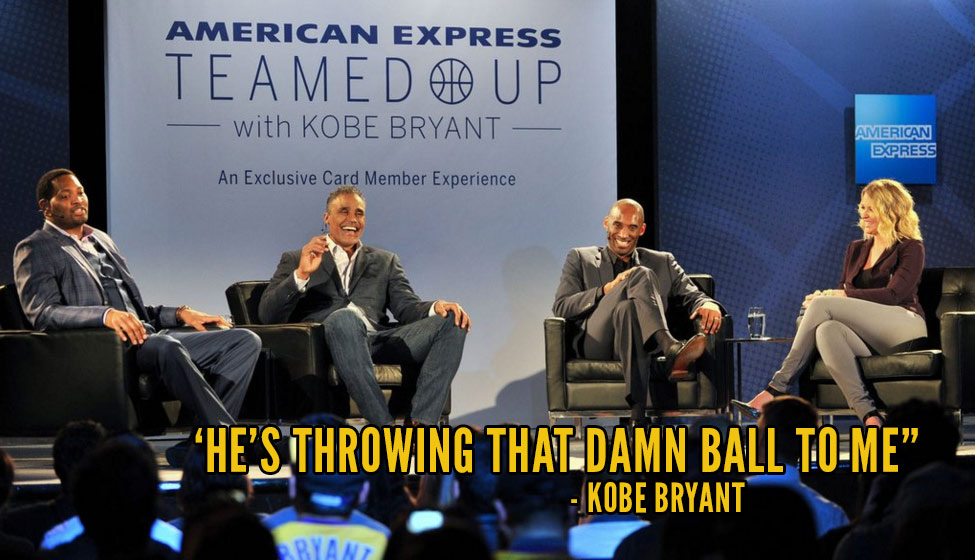 With the game on the line, who do you throw the ball to: Big Shot Bob with his 7 rings or Kobe Bryant with over 30 game-winners on his resume?

Rick Fox was asked that question during Tuesday night’s American Express “Teamed Up” Event with Fox, Kobe, Horry and host Kristen Ledlow. The diplomatic Fox said it would depend on which guy is more wide-open and Kobe responded with a “he’s throwing the damn ball to me.”