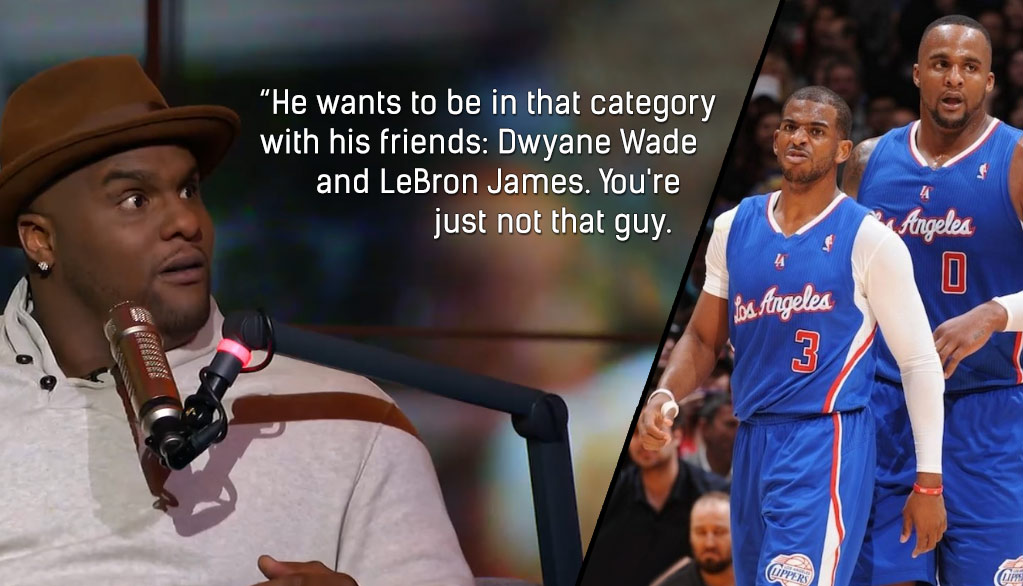 I’m assuming former Clipper Glen “Big Baby” Davis doesn’t hang out with many current Clippers. On a recent episode of ‘The Herd,’ Big Baby didn’t pull back any punches while roasting his former teammates worse than KG once roasted him on a sideline. Here’s a few of his most shocking comments, while explaining why the organization is in need of some TNT.

It’s the point guard’s job to make everyone love each other. It’s not working. We know that from the jump, Blake and Chris don’t like each other.”

Sometimes he wants to be in that category with his friends: Dwyane Wade and LeBron James. You’re just not that guy. He is good but I’ve never seen a point guard lead his team like that and win a championship.

You need to get him engaged and I leave that up to Chris and the coach.

See how much I could get for him.

He also gave his two cents on Rajon Rondo and explained how he knew how to rub his teammates the right way, which is something CP3 doesn’t do. When asked if he liked playing with Rondo more than CP3, Davis replied with a pretty hilarious sounding, “Oh My Gosh!”

The video ends with Davis talking about his glory days of being a 6’8 running back(?!) in high school.