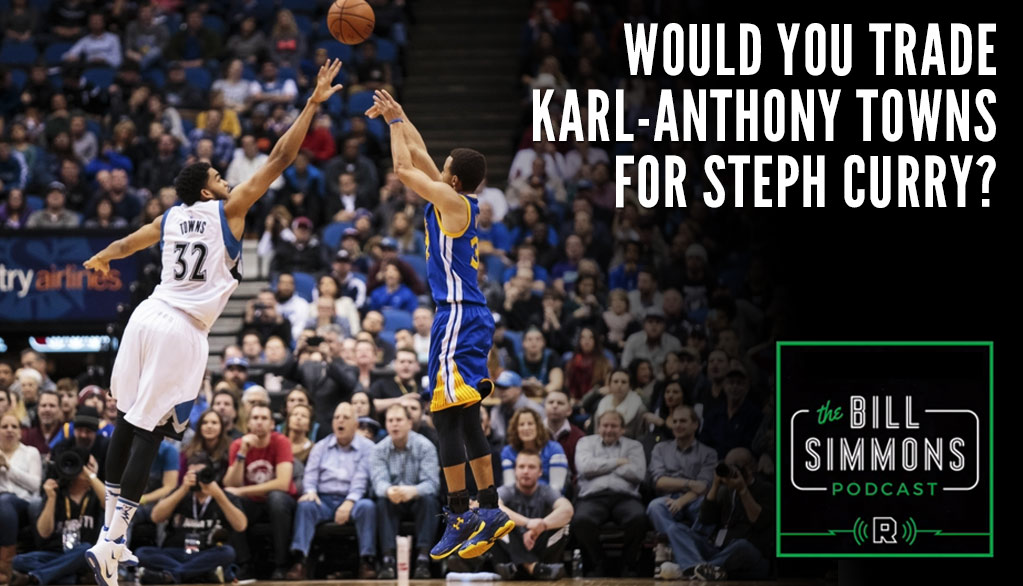 Tracy McGrady said Steph Curry being the unanimous pick for MVP showed how watered down the league is. I’m pretty sure he will agree that 20 year old ...(Read more)

Tracy McGrady said Steph Curry being the unanimous pick for MVP showed how watered down the league is. I’m pretty sure he will agree that 20 year old Karl-Anthony Towns being the unanimous pick for Rookie of the Year has nothing to do with the talent in this year’s draft or in the league as a whole.  The reason why is because Town’s numbers and intangibles, which don’t show up in a boxscores, were so impressive this season, there’s only been a few players (Shaq, Duncan, LeBron?) in the past 25 years that had as good or better of a rookie campaign. In my opinion, only Shaq in 92 had a better (and way more impactful) season in the past few decades.

Towns was so impressive this season, a high-strung Craig Kilborn (TWolves fanatic, former Sportscenter GOD and host of The Daily and Late Late Show) recently said during a very amusing and almost exhausting interview on Bill Simmon’s Podcast, that he wouldn’t trade Towns for Steph Curry (46 minute mark) or any other player in the league.

“Nobody. Absolutely not. I would never.” Responds Kilborn to the hypothetical question.

Simmons seemed a little surprised but also agreed that Towns had the most impressive rookie campaign by a #1 pick in recent memory. The two then gushed about Town’s skills, including his sweeping down the lane hook shot, and the time he dominated the Golden State Warriors in an OT victory.

“Karl Towns shooting a left hand jump hook is more difficult than a 3-pointer, in my opinion, over a defender, but that’s OK.” said Kilborn.

Check out the entire podcast above and if you love hearing controverisal statements about the NBA then make sure you subscribe to The Bill Simmon’s Podcast and the other million things under The Ringer umbrella.