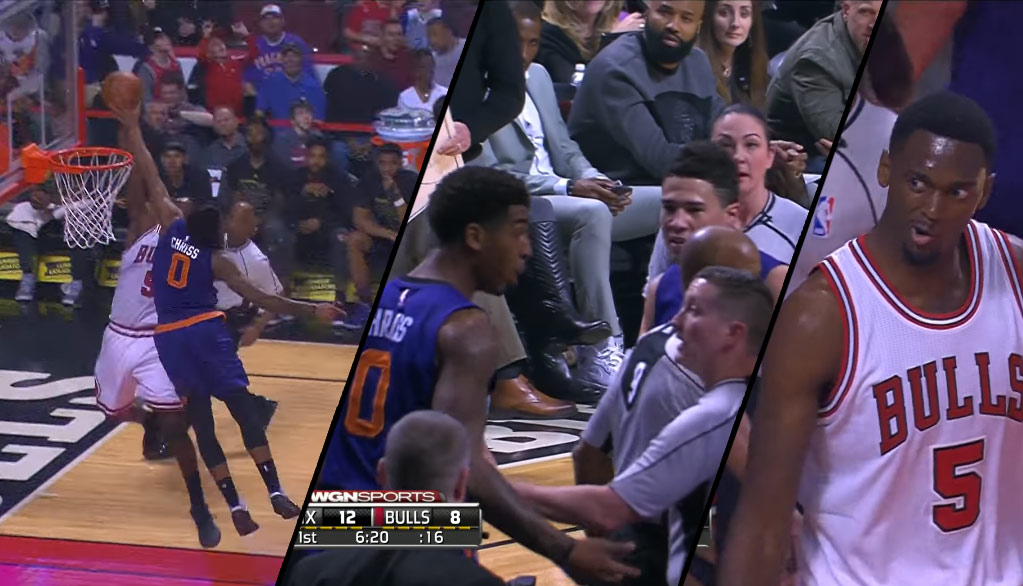 There’s three reasons why I love watching rookie Marquese Chriss play: #1 is he’s a former Ballislife All-American. #2 is the kid can fly, which results ...(Read more)

There’s three reasons why I love watching rookie Marquese Chriss play: #1 is he’s a former Ballislife All-American. #2 is the kid can fly, which results in some nasty dunks and blocks. #3 is he doesn’t take $#it from anyone. He’s already had his share of altercations this season and on Friday night he almost got into with the Bulls Bobby Portis after he rejected Portis and then helped him up after they fell to the ground. Wait a minute! What am I missing here?

So, Chriss gets a clean block on Portis. Portis drags them down to the ground. Chriss tries to help Portis up and Poris gets mad? If that was confusing enough, the refs called a double-technical.

Chriss responded by shooting a 3-pointer on the following play and finished the game with an impressive 17 points, 7 boards, 2 steal, 2 blocks and 2 threes.  Unfortunately the Suns lost in OT thanks to a FlashbackFriday version of Dwyane Wade.